Earlier this week, Hoboken Mayor Ravi Bhalla listed 25 accomplishments he is proud of since becoming mayor in January. We take a look at the validity of each of those claims. 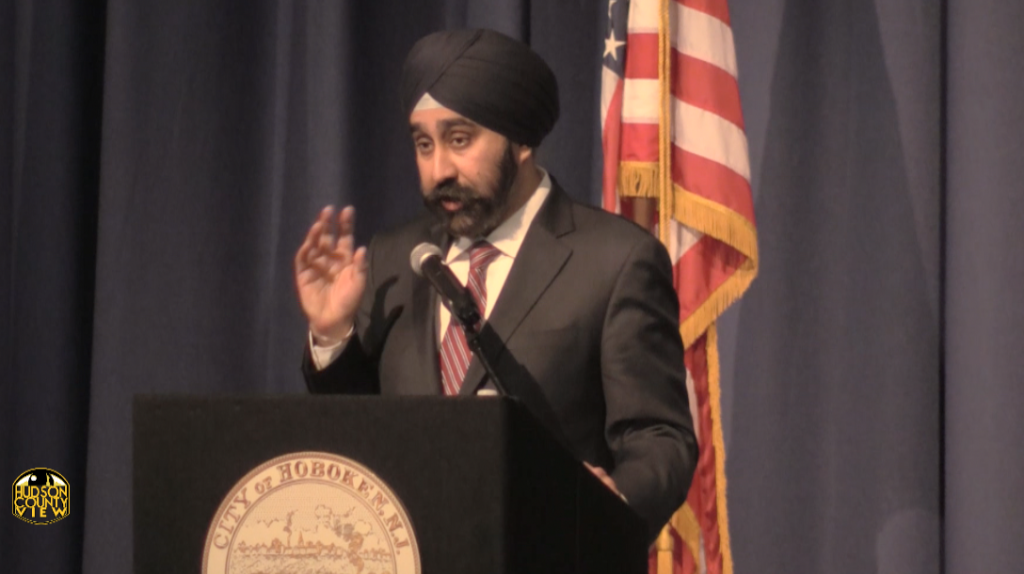 Bhalla’s first act as mayor was signing an executive order declaring Hoboken “a fair and welcoming city” on January 1st.

At the time, he told Hudson County View he opted not to declare Hoboken a sanctuary city since such city’s do not have clearly legally defined terms.

While Hoboken definitely received an AA+ credit rating from Standard and Poor’s Global Ratings back in May, but a lot of the credit (pun intended) should go to former Mayor Dawn Zimmer.

Back in 2008, the Mile Square City was just one notch above junk bond status and Zimmer’s tenure in office made a priority of fixing that. Also of note, Hoboken has been at the AA+ ranking since 2013.

Pretty straightforward, the city solidified that upgraded equipment will be coming to the Madison Street Park last month.

Hoboken received about a million dollars from the New Jersey Department of Transportation back in February, up over 50 percent from 2017.

However, a significant number of municipalities in the state received a huge upgrade this year under new Democratic Gov. Phil Murphy.

Public hearings have been held and a fairly comprehensive website was set up prior to the final design options being recently presented.

6. Negotiated new plans for hotel in downtown Hoboken – Half true

In March, Hoboken officials announced that a 17-story, 270-room Hilton Hotel is coming to the waterfront. Bhalla voted no to the project while on the council, citing height concerns which have since been addressed.

This project has been in the works for years and while Bhalla needs to be commended for his collective efforts, both as mayor and on in the council, in this endeavor, but the city council, zoning and planning officials – as well as Zimmer – all lended a hand as well.

Bhalla talked a big game during his campaign last year to improving recreation and he has largely delivered thus far. What’s going on with the pool though?

8. Expanded fitness in the park to 6 locations – Completely true

Bhalla has made public safety another high priority and has a number of successes to tout on that front, but the credit here for a decline in crime largely belongs to the Hoboken Police Department under the leadership of Chief Kenneth Ferrante.

The local legislation, signed last month, declares that all city bond ordinances shall be drafted to include a provision dedicating one percent towards public art installations.

While not all city officials are convinced this equation will work out, the executive order initially appears to be a step in the right direction for the arts.

The dog parks, which are coming to the intersections of 2nd and Hudson Streets, as well as 15th and Garden Streets, solicited public input before going to the city planners for some more fine tuning.

The new site, http://www.hobokennj.gov, hit the web last week and is even more comprehensive than its predecessor.

Bhalla announced the new task force last month, which will have City Hall employees working collaboratively with local partners such as CarePoint Health and the Hoboken Shelter.

While the mayor notes that the fight is still ongoing nearly seven months later, the fact that the NJ Transit board unexpectedly pulled a measure to acquire Union Dry Dock back in January had more to do with Murphy flexing his political muscle than anything else. The mayor played a role, but ultimately did not have much to do with the final say.

Currently, city officials are anxiously awaiting to see what the U.S. Army Corps of Engineers will do with NY Waterway’s proposal to takeover Union Dry Dock. Bhalla has been one of many rallying against such a move.

In May, Bhalla announced that Caroline Caulfield, an aide of U.S. Senator Cory Booker (D-NJ), was heading to City Hall to run the office of constituent affairs. The council didn’t oppose adding the new department.

2018 marked another year of stable taxes for the Mile Square City, obviously good news for taxpayers, but the budgeting process involves the administration going back and forth with the city council before the latter ultimately votes on a budget.

Although the mayor always has the opportunity to exercise his veto power, that wasn’t necessary here as the council approved the $118.6 million budget unanimously.

Fairly easy to fact check, though many officials and residents alike remain dismayed by the ongoing issues with Washington Street.

18. Planned expansion of composting for residents and businesses – Completely true

Bhalla is a Democrat that leans about as far to the left as humanly possible, so prioritizing environmental issues such as composting should not come as much of a surprise.

Bhalla said this would be a priority during his inauguration speech and didn’t take long to make good on his word. As a result, arrests, injuries and public nuisances were down this year.

The mayor signed the local legislation in May, allowing municipal employees to receive their full salary while on parental leave.

While Bhalla put his John Hancock on this order back in April, all bathroom signage was supposed to be changed by May 31st. On July 17th, it was pointed out that certain signage remained out of date – which is still the case in some instances today.

Another self-explanatory one, Southwest Park is flourishing under this administration.

Bhalla spearheaded this initiative, which many Democrats seem to be doing now, though it did also require council approval to take effect.

The New Jersey Department of Environmental Protection, along with engineering firm AECOM, hosted Rebuild by Design workshops in Hoboken in May and June, but this is part of federal guidelines set in place to keep the project moving forward.

While the city certainly has a vested interest in this and certainly aided in the process, with a full-time City Hall employee focused in on the project daily, no formal government action has been taken on the project since last year.