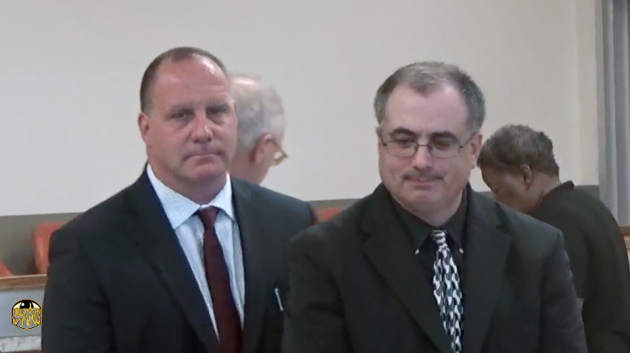 Troy Bunero, 50, of North Bergen, and Francis Longo, 52, of Ridgefield Park, were sentenced to five years in state prison, with no possibility of parole during that term, by Hudson County Superior Court Judge Paul M. DePascale in November.

Aseltine added that after posting bail, the two men remained free as they awaited the results of their conviction appeals. The AG’s office appealed that ruling and won and DePascale shot down the duos subsequent appeals in the past 24 hours (Longo yesterday, Bunero today).

The verdict followed a seven-week trial. Bunero and Longo forfeited their jobs as a result of the verdict and are permanently barred from public employment.

Both men were suspended without pay after they were indicted in September 2012.