Jersey City Mayor Steven Fulop has about three-and-a-half times more cash on hand thanÂ  challenger Bill Matsikoudis, with tallies of $574,315 to $156,869, according to the 29-day pre-election reports filed with the New Jersey Election Law Enforcement Commission. 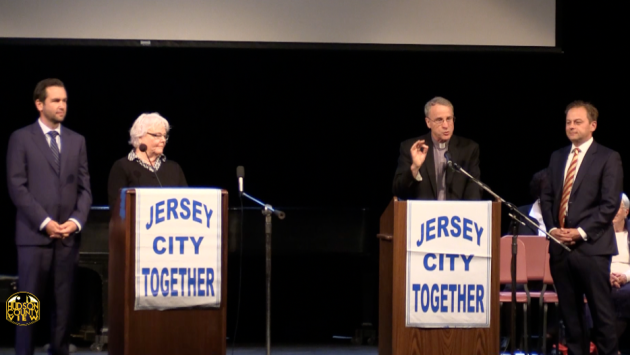 Notable contributors to the incumbent include a $500 donation from Grillo for Council on September 7th, a $2,600 check from the Local 6 Committee on Political Education on the same day and the Northeast Regional Council of Carpenters chipped in $8,200 on September 29th, according to anÂ October 10th filing by the Fulop for Mayor 2017 account.

Nick Grillo is one of five candidates running for council in Ward E, a seat that Fulop occupied before becoming mayor. He is not running a Ward E candidate on his ticket this time around.

Also noteworthy is a $1,000 contribution from Javier Barrios, the managing partner of Good Energy, received on September 7th.

Good Energy is the consulting company at the center of an alleged bid rigging scheme that has been in the news cycle regularly in recent weeks.

Back in 2014, two City Hall employees accidentally left a recording on another worker’s voicemail while discussing how they could get Good Energy awarded a consulting contract.

Civic JC has urged the Fulop administration to release the tape and the city council is expected to vote on a related measure next week.

At a mayoral debate on Saturday, Fulop reiterated that he cancelled the bid and alerted the authorities, questioning why this information, which is three years old, has suddenly become relevant weeks before the November 7th election.

Information of the tape recording came to light in court depositions that are part of a discrimination case filed by a City Hall employee in late 2015.

Alex Mendez is one of many candidates looking to succeed Joey Torres in Paterson, who pleaded guilty to corruption charges last month (h/t Asbury Park Press).

The most significant contribution was $13,000 check from the Team Matsikoudis account on September 15th.

As for theÂ Team Matsikoudis filing from October 10th, Ward F council candidate Yolanda Dortch-Amiker chipped in $700 on July 1st, $425 on August 17th, then another $700 on September 19th.

Dr. Michael Winds, a council-at-large candidate, added $275 on August 7th, then another $50 on September 15th.

Another at-large hopeful, Esmeralda Trinidad, invested $433.33, and Board of Education Trustee donated $200 via several small donations over the span of a few months.

The Jersey City municipal elections are on November 7th.

‘Education Matters’ pulls off another sweep in Jersey City Board of...