Due to a “defective public notice” by the applicant, the Bayonne Zoning Board of Adjustment has postponed another hearing on a Muslim Community Center.Â 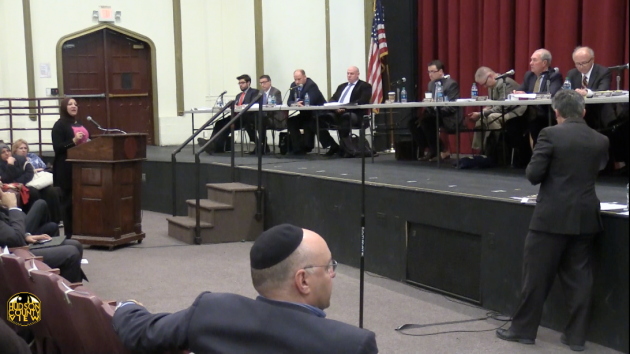 According to a copy of the notice issued by the Bayonne Muslims group obtained by Hudson County View, originally sent to residents that live within 200 feet of the project, the hearing was set for the “26th day of February 2017.”

A city official, who spoke under the condition of anonymity, said that this made for a “defective public notice” and caused the hearing to be postponed at a date to be determined.

The zoning board will still meet at the auditorium of Bayonne High School at 6 p.m. Anyone who attends to speak regarding the mosque project will be informed that it is not on the agenda, the official said.

Citing concerns with the size of the neighborhood, parking and zoning laws, the zoning board voted against the project almost one full calendar year ago: March 6, 2017.

Mayor Jimmy Davis and Assemblyman Nick Chiaravalloti (D-31) almost immediately reacted to the decision, stating that they anticipated the matter would be resolved in court.

They were right, as the Bayonne Muslims group received a $400,000 settlement with the city last month.

As a contingency of the settlement, the zoning board will hear the project again.

On two separate episodes of our live show, mayoral hopeful Jason O’Donnell called the court matter a failure in leadership, while incumbent Jimmy Davis countered that the city made a difficult, yet prudent decision since taxpayers could’ve been on the hook for million of dollars.

In his interview, Davis also asserted that Bayonne’s insurance carrier will be covering the full cost of the settlement.