Despite a few objections from the public and members of the governing body, the Jersey City Council approved an ordinance that will allow certain municipal employees to receive salary hikes by a vote of 6-3. 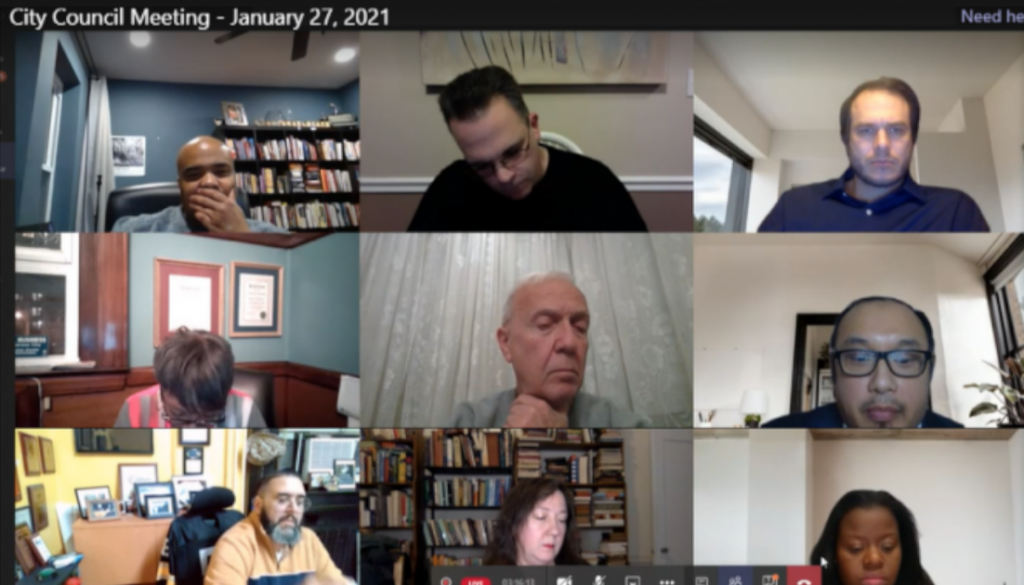 “Voting on your own salaries are unethical. Everyone who runs for office knows what the job pays,” resident Esther Wintner said prior to the vote.

“This is the only way a council votes on a salary range. The council doesn’t vote on salaried managers,” Ward B Councilwoman Mira Prinz-Arey added.

Still, other members of the public felt that this was not the time or the place to increase municipal wages.

“We are still in the midst of a global health pandemic. People are losing their property. It is just mind-boggling that anyone would even propose that our richest city workers would get a raise,” activist Frank “Educational” Gilmore said.

“It’s not even a matter if they deserve the raise or not. We’re in a financial crisis.The city lost $72 million in revenue via the pandemic.”

Gilmore said Berry Lane Park had no bathrooms for three or four years and streets needed repairs, but the city said it didn’t have money, later exclaiming that all city directors already earn $100,000 or more.

“Jersey City employees are way underpaid compared to Newark. But if you’re going to be fair, be fair across the board,” said Sabrina Harrold, a city employee who noted that she has not had a raise in seven years as a manager.

“The only time managers receive increases it’s because of politics. This is a slap in the face.”

Several council members justified the increase by saying the salaries should be competitive with Newark, echoing what Mayor Steven Fulop said at a caucus meeting earlier this month.

“We are so broke. There are people who live in this city … who do not need to be imported from some other place,” exclaimed resident Jeanne Daly.

“I agree with some of the comments made. We need to compensate employees at all levels,” Ridley said.

Prinz-Arey pointed out they have the ability to dictate the salary ranges for the directors, but not their staff.

“I do believe this ordinance is giving the flexibility to increase salaries,” she added, noting it does not result in them automatically receiving a raise.

Prinz-Arey said she believed the directors would produce greater results if they received a raise. She added directors should fight for their staff to receive raises.

“[Health and Human Services] Director [Stacey] Flanagan has worked tirelessly,” she added, noting her work at coping with COVID-19 while still increasing Meals on Wheels services to feed city residents.

Prinz-Arey also noted gender pay inequality has been an issue as well with respect to municipal salaries.

“Stacey has worked very hard. I’m on the phone with her every single day,” he added, citing other senior-level directors in the city as well for their hard work.

Ward D Councilman Yousef Saleh also felt that that approving such an ordinance was long overdue.

“If a person deserves a raise down the line … then they should get a raise. This ordinance is long overdue. The department heads make themselves available 24/7 365.”

Still, not every elected official was convinced.

“We gave then a raise in last 18 months,” Solomon said while objecting to the increase. He said there is a mile-long list of priorities to fund that should come first.

He added Jersey City can’t enforce rent control ordinances due to the lack of personnel and there’s not enough money for the city’s recreational program.

“We just passed a $16 million tax increase… to pay for the trash contract … Thousands of small businesses are struggling to stay afloat,” Solomon added.

“As a small business owner, it’s been a long COVID,” he chimed in, noting that  people struggling the most are likely to live in his ward and therefore voted no.

“Let’s be fair across the board. Time is always off when you’re talking about giving someone a raise,” Council President Joyce Watterman said in favor of a salary ordinance.

She noted she often texts with department directors at midnight and they respond quickly.

“If we lose another director, there’s a gap in our system, and we don’t have enough people to fill that,” Watterman said.

Fulop prompted the introduction of the ordinance by saying that former Business Administrator Brian Platt went to work for Kansas City, MO because he received a significant compensation increase.

The city could incur up to $240,000 more in annual expenses if each eligible employee received their maximum pay raise. For example, the BA would be eligible to earn a yearly salary of $260,000.

“We definitely need money for affordable housing and still have to face the school budget shortfall that’s likely coming,” Solomon said before voting in favor of it.

“With a $60 million shortfall, we’re gonna need every dollar we can get,” he added.

“We have a structural revenue problem for our Jersey City public schools,” Lavarro said to justify the tax.

The City Council also approved a contract to join as an amicus brief for a lawsuit Newark has filed in order to grant their Civilian Complaint Review Board subpoena power. The cities are hoping to argue their case before the United States Supreme Court.