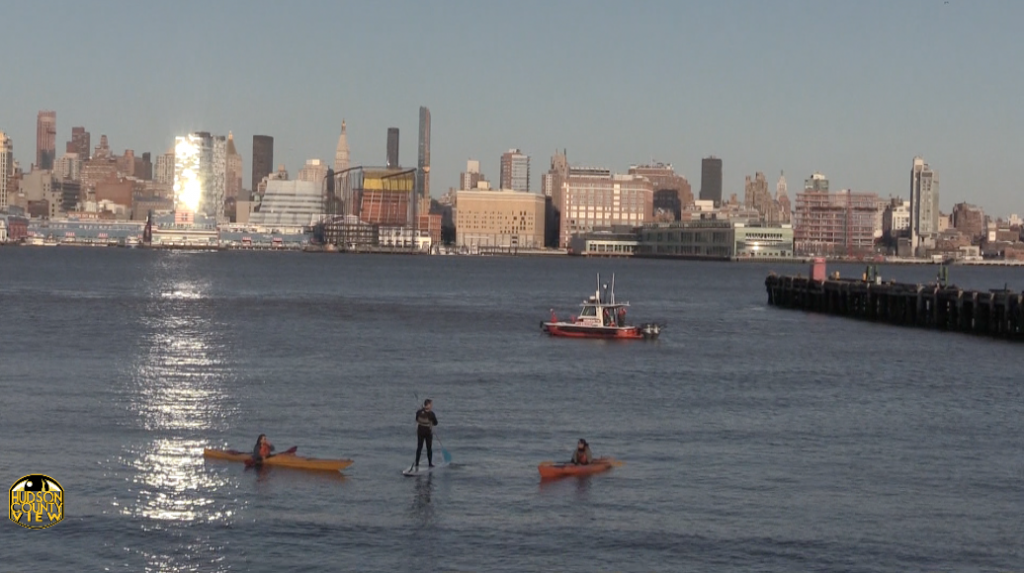 “Preserving Hoboken Cove for public use is now under attack with New York Waterway proposing to locate a ferry maintenance, refueling and berthing facility at the Union Dry Dock site. As stated this site is the final missing link to completing the 30 year vision of a continuous publicly accessible waterfront along the Hudson River coast,” the August 8th letter to Murphy says.

“The ferry operator plans to operate 18 hours a day, 7 days per week, making an estimated 80 ferry trips daily to and from the depot. Most of these ferries operate with Tier 1 diesel engines, the most polluting class of marine engines. In addition, the City estimates that ferry crews commuting to work will be making 240 vehicular trips to the Hoboken waterfront.”

On the same day the letter was written, NJ Transit completed the findings of two studies that wrote off the Hoboken Terminal and the Military Ocean Terminal at Bayonne as viable alternatives for New York Waterway, as HCV first reported.

In a nutshell, the reports stated that the Hoboken Terminal was a major homeland security risk, while the MOTBY location was far too expensive of an idea to consider – likely to cost between $34.3 and $47.9 million.

Meanwhile, the Hoboken City Council approved the first reading of a measure that would allow them to executive eminent domain on the Union Dry Dock property earlier this month and second reading is currently scheduled for September 4th.

The letter to Murphy is signed by leadership from the Fund for a Better Waterfront, the New York/New Jersey Baykeeper, the Hudson River Waterfront Conservancy, the Tri-State Transportation Campaign, the Friends of Liberty State Park, the American Littoral Society, the Environment New Jersey, the Hackensack Riverkeeper, the NJ Environmental Lobby, the New Jersey League of Conservation Voters, the NJ Sierra Club, Hudson River Fishermenâ€™s Association, the Surfrider Foundation, the Waterkeeper Alliance and the New Jersey Conservation Foundation.

Last month, a similar letter was sent to First Lady Tammy Murphy and is yet to warrant any public response.

A spokeswoman for the governor did not immediately return an email seeking comment Friday afternoon.

LETTER: Hoboken council needs to reject ordinance that would scale back...