Although the Jersey City Council established on Monday that they would be withdrawing an ordinance that would lay the groundwork for a civilian complaint review board, several people still spoke in favor of its implementation at last night’s meeting. 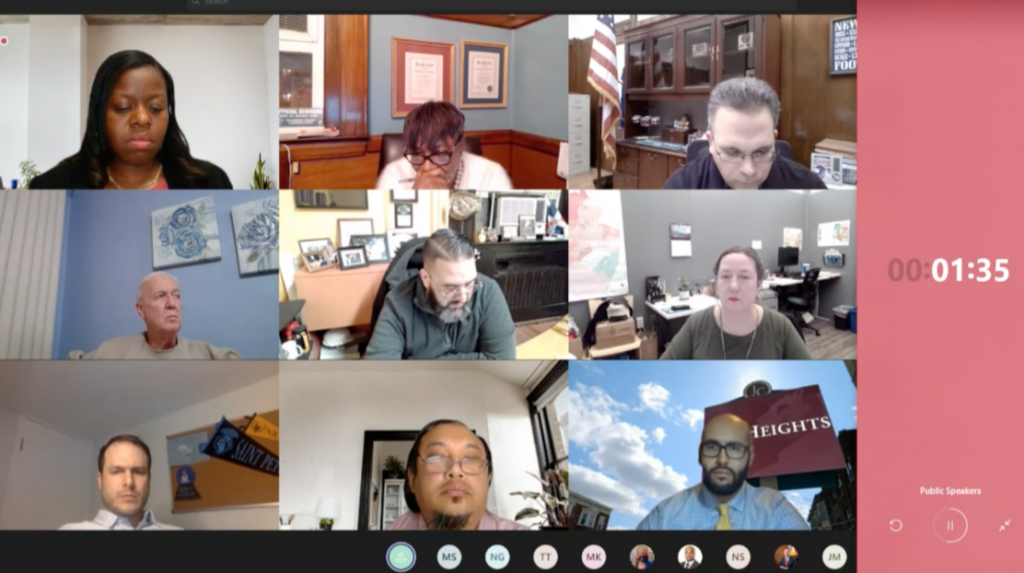 “We would like to make sure we have proper input from our colleagues and groups that have vested interests,” Ward A Councilwoman Denise Ridley, a co-sponsor along with Ward E Councilman James Solomon said.

She also assured the public it would be on the agenda at the next council meeting in March.

Gary Spingarn spoke in favor of bringing a CCRB to Jersey City, which can’t occur until after statewide legislation has enacted, but questioned how effective in would actually be.

“ … Of course, any transparency, police unions fight as tough and nail .. What do they have to hide?,” he questioned.

His remarks came after Jersey City Police Officer Benevolent Association President Carmine Disbrow said in a statement that a CCRB made up of “political appointees” to evaluate the decisions of law enforcement “sends a chilling message to the men and women of the JCPD.”

In the proposal that was announced last week, five of the 11 CCRB members would be chosen my a committee compromised of the three council-at-large members and several community leaders, with the other six being recommended by each individual ward council member.

Meghan Howard-Noveck added that the CCRB should be “structured to allow for broad-based community input on the board especially by black and brown communities in Jersey City that historically been the most victimized by over-policing and police misconduct.”

She further stated that this ordinance’s passage would spur action in the state legislature on the bill introduced by Assemblywoman Angela McKnight (D-31).

Police expert Richie Rivera, a former officer in West New York, praised the role of CCRBs, noting that Miami had instituted one which has proven effective where he was formerly employed.

He said such a tool is needed in Jersey City after researching statistics provided to him by the JCPD and found that their Internal Affairs Unit has a high number of complaints that have not been addressed over the years.

The statistics “show a significant backlog of complaints of excessive force, meaning complaints are coming in at a higher rate than they can be cleared thoroughly and investigated by the internal affairs branch. This backlog began in 2006 and continues till today,” Rivera asserted.

“In the last five years for reporting dating from 2015 to 2019, there were 123 allegations of excessive force only 30, only 30 investigations have been completed.”

“Please choose strong, independent-minded, fierce advocates … The police cannot police themselves,” Jessica Taube said. She also noted everyone needs to be treated with respect and dignity by the police.

“We need to have an independent people-rooted CCRB with investigatory powers.”

“The stress of and hunting images flooded into my home … Injustice against black people is not new … The amount of law discussed in the last year shows how lawless this city is,” Henry said, pointing out his frustration over who gets appointed slowing this process down.

Rev. Mario Moody, vice president of the Jersey City NAACP, said he was upset the measure was pulled but that he fully supports seeing it move forward.

“Anyone that deals with enforcement also needs to be looked at,” he said, noting that similar monitoring by CCRB over police should occur among those in parking, building code, and fire code enforcement since the fines are mostly hitting minorities Ward F.

Dr. Jena Barchas-Lichtenstein, also of Solidarity JC and Mutual Aid JC, questioned how the ordinance was being tabled again – the second time in six months – despite residents continually speaking out against the JCPD at council meeting.

She said “it’s not even new that it has been tabled,” noting it was the second time in six months.

“We owe this to our neighbors, to community leaders, to advocates all over the state, to whistleblowers and victims of over-policing violence and their families.”