Former West New York Mayor Felix Roque came up short in a re-election bid on May 14th and acknowledged as such after deciding to pull the plug on a recount effort, but he remains relevant in at least one sense as a handful of employees have again accused him of political retaliation. 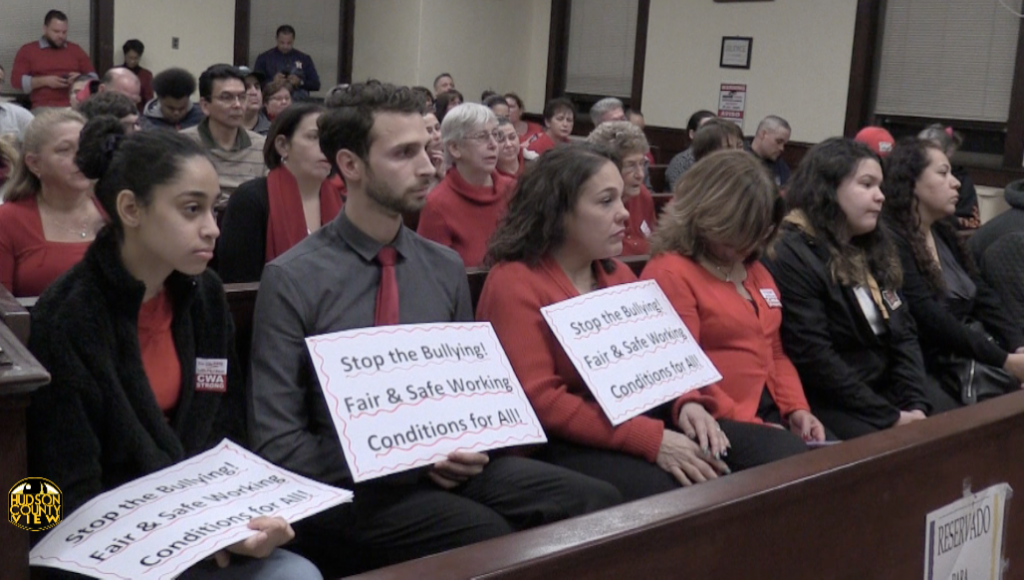 Roque, former Department of Public Works Susan Colacurcio and the Town of West New York are named as defendants for alleged misconduct in the workplace.

However, he was dismissed from the case last week and has been appointed the municipal assistant administrator under new Mayor Gabriel Rodriguez.

Alfonso, as he had previously done at an April press conference, alleges he was demoted and later suspended as the result of removing a pro-Roque campaign sign from a utility pole.

At the time, Roque’s campaign said that Alfonso was indeed asked to operate a piece of equipment known as a “green machine,” which was not unusual for someone with his civil service title of Laborer 1.

Beyond that, Candalaria, a laborer for the town Parks Department, claims to have been a victim of “angry tirades” from his boss, Victor Tapia – who supported Roque – which caused him emotional stress.

Meanwhile, Reveco and Del Rio, who all worked in the Parks Department during Roque’s second term, allege that their friction with him began over last year’s battle over the Hudson County Democratic Organization chair fight.

According to the suit, Roque told Del Rio on the day of the primary election that she would be fired if the Sires team lost.

Furthermore, the duo claims that Roque moved them out of their offices back in November and placed them in a 100-square foot “closet” as the result of escalating political tensions.

Finally, the CWA Local 1045 alleges that Roque took pictures of members and later threatened them, allegedly saying “now I know who is against me” after he was met with great hostility by union members at the February board of commissioners meeting.

The CWA ended up backing Rodriguez’s “New Beginnings West New York” ticket in a rare local endorsement about a week out from the election.

The lawsuit alleges that the plaintiffs endured political and free speech retaliation, as well as political unfairness under the state constitution.

As a result, they are seeking compensatory, punitive and exemplary damages, as well as counsel fees and costs of suit.

The theme of Roque creating a hostile work environment and engaging in political retaliation was a common theme throughout this election cycle, with his main opposition stating that lawsuit settlements during his tenure cost around $3.5 million.