Hoboken 1st Ward Councilman Mike DeFusco is suggesting a proposal where the givebacks generated from the Hilton Hotel pay for a security camera system to oversee the city’s waterfront. 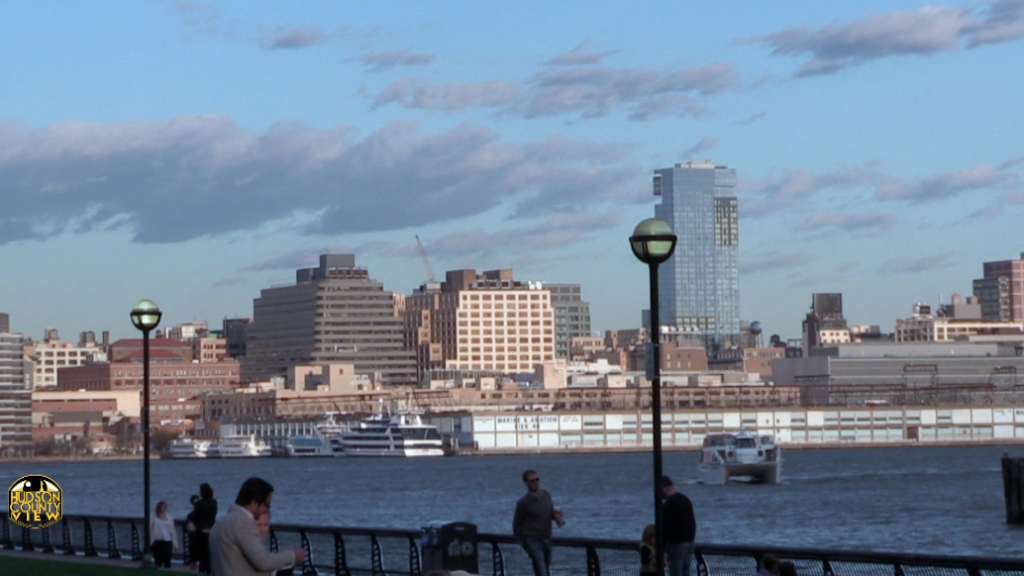 â€œWhile I have the utmost confidence in the Hoboken Police Department and our County law enforcement partners, I do share some of the concerns raised by residents regarding safety on the waterfront,â€ said DeFusco said in a statement.

â€œThe loss of any life is devastating and the effects can be felt in our community. Any resource that positively assists police, makes residents feel safe or can save a life is invaluable to our community. I have spoken to Mayor Bhalla about making funding for these projects a priority and I am confident that by working together with the city council we will bring these much needed safety investments to the Waterfront.â€

DeFusco, who said he plans on introducing a resolution on this topic at next week’s council meeting, is proposing the idea about two weeks after authorities found a Baltimore man’s body in the Hudson River off of Pier A in Hoboken.

In the past eight years, about 15 to 20 people have been discovered dead in the Hudson River, prompting a serial killer conspiracy theory as an explanation, though that has previously been debunked by Police Chief Kenneth Ferrante.

In an email, Ferrante said he would welcome any additional funding for the police department, though noted this is a complex issue that could cost upwards of $200,000.

“Law enforcement agencies always welcome more funding for cameras because sometimes they are able to answer questions and at times help with identifying suspects in various situations. Cameras used for law enforcement are very expensive,” he began.

“The seven waterfront cameras purchased with a grant in 2013 cost $177,000 and annually we incur some $10-20,000 in data storage costs and maintenance and service agreement costs. That is just for seven cameras. However, that is for the City Administration and City Council to determine when it comes to priorities in a municipal budget.”

The police chief continued that all of the individuals found dead in the Hudson River in the past eight years entered the water voluntarily for a number of reasons that include intoxication, drugs, rescues, and suicide attempts, among other things.

Furthermore, Ferrante said that based on police data, there are four other locations in the city that could use security cameras more than the waterfront.

City spokesman Vijay Chaudhuri said the administration welcomes any new public safety initiatives, but the current budget being considered by the council does not necessarily reflect such.

“Mayor Bhalla is glad that Councilman DeFusco is concerned about security, and agrees for the need for the appropriate surveillance along our waterfront,” he stated.

“However, the councilman is being disingenuous as he and his Council colleagues are at the same time making six figure cuts to the Hoboken Police Department budget, with $10,000 in cuts to service agreements which includes the monitoring of this very type of surveillance technology.”

2nd Ward Councilwoman Tiffanie Fisher, the chair of the council’s finance committee, said that the potential cuts to the HPD mostly revolved around purchasing motorcycles as police vehicles.

â€œI think Councilman DeFuscoâ€™s idea is a great and fiscally responsible one as we have to consider new benefits that have a nexus with the hotel project,” she exclaimed.

“Itâ€™s unfortunate that Vijay once again is being dishonest and using petty politics – 75 percent of the budget cuts to HPD related to delaying the purchase of new motorcycles for a year and all were accepted by Chief Ferrante.”

In response, Chaudhuri doubled down that DeFusco and Fisher are either “ignorant of the budget cuts they proposed or lying,” calling either scenario “troubling.”

In October, the council approved a Hilton Hotel plan that would include $4.85 million in community givebacks, though a judge has since shot down that idea and city officials are reconsidering how to proceed forward.

Additionally, the governing body approved the first reading of a $117 million budget that came with $836,000 in cuts from the initial one earlier this month, dropping the tax rate increase down to 1.3 percent as opposed to 2.8 percent.

The New Jersey Department of Community Affairs is currently reviewing the city’s budget and an attempt to amend it again was voted down.

After this and other media outlets published a story on this subject, Ferrante sent out a series of tweets disputing that he ever approved budget cuts for the police departments and provided some details as to what those cuts would look like.

In my series of tweets I do state that, but stating that I supported the cut of $105K from my budget,or just 5% as you stated, when I had already proactively cut 5.6% before your cuts is inaccurate & looks terrible to our officers if they believe that I would support such a cut. https://t.co/SxGmpZxrX9

Police: Man charged with assault by auto, DWI, in Hoboken after...