After weeks of speculation that a deal had been cut between Hoboken Mayor Dawn Zimmer and prominent developer/political power broker Frank Raia, the city council brought Raia’s 27-year-run on the North Hudson Sewerage Authority to a screeching halt. In one of the more intriguing political stories of 2016 (it’s been pretty slow), Raia was up for yet another appointment to the North Hudson Sewerage Authority.

Approaching three decades of service on the board, it seemed academic that Raia, a former board of education trustee who is always on the short list of council candidates, would receive the nod again – especially considering he was the current NHSA board chairman.

However, ex-freeholder candidate Kurt Gardiner decided he wasn’t going to let Raia cakewalk into the end zone this time so he submitted an application of his own.

Raia literally and figuratively fits the bill of a Hudson County political heavyweight and while Gardiner doesn’t have the pull of Raia, he’s no pushover, either.

Gardiner, who used to operate the Hoboken Journal blog, showcased that when he told us that the city council needs to look at the potential conflicts of interest between Raia and NHSA counsel Frank Leanza.

While he didn’t mention Leanza’s name, everyone on the inside knew exactly what he was talking about: the rumors that Leanza helped Raia close on some property acquisitions in recent years. No evidence on the subject has emerged one way or the other.

Despite a blitzkrieg style effort from Gardiner, many expected Raia to get the appointment – even after Brian Assadourian, a friend of the Zimmer family – submitted an application last Friday.

The move really caught Zimmer allies off guard since Assadourian’s term on the board doesn’t expire until February 1, 2018.

All the while, Raia had been quietly meeting with each member of the council pleading his case and appeared confident heading into Wednesday’s council meeting.

Just prior to the vote, Councilman-at-Large Ravi Bhalla gave a long-winded speech about how Raia was more than qualified for the position and is, and hopefully will continue to be, an asset to the City of Hoboken – whether or not he’s reappointed.

Also bear in mind that he said all three candidates were perfectly capable of serving on the board, specifically welcoming the possibility of Gardiner breathing some new life into the NHSA and revealing that Assadourian was actually his preference to get the five-year appointment.

His reasoning was that given that Assadourian has sat on the board for two years already, it was the “more judicious, cautious” approach to allow him to sit on the board until 2018.

I guess this means Assadourian was supposed to be the compromise candidate, because remember, he was going to be on the board until 2018 anyway, but we’ll never know for sure since he wasn’t nominated.

Despite 2nd Ward Councilwoman Tiffanie Fisher, Councilman-at-Large David Mello and 5th Ward Councilman Peter Cunningham all praising Raia’s efforts for the NHSA, with Mello referring to him as “a friend,” only Cunningham voted against putting Gardiner on the NHSA.

Cunningham explained prior to the vote that he felt Gardiner submitted his application a little late, and since he had already met with Raia and pledged his support, he couldn’t in good conscience go against his word.

How about that: a vote honestly and openly rationalized by a Hudson County politician, maybe that’s the real reason why weather forecasters were expecting the Four Horsemen of the Apocalypse in the sky this weekend.

Anyway, afterward the vote Raia told us that the board collapsed under the pressure of a small number of constituents who didn’t want to see him back on the board, so therefore the best man for the job wasn’t selected.

Conversely, Gardiner admitted he was a bit caught of guard by the 8-1 vote, but is thrilled to be able to serve on the NHSA board.

Given that NHSA is a wastewater agency that also serves Union City, Weehawken and West New York, Raia will inevitably try to get back on the board elsewhere, but county sources tell me that’s not happening.

For those still perplexed as to what the appeal of serving on the board is, since Raia has been on the NHSA since its inception, he is given a $5,000 stipend that many view as the equivalent of free health benefits.

The NHSA reorganization meeting takes place on February 4th at 6:30 p.m. so it could be interesting to see who the new chairman is.

Inside baseball fans like myself will recall that the diabolical scoundrel (I’m paraphrasing others) over at Hoboken HorseÂ wrote back in September that Raia dropped out of the 3rd Ward Council race with Michael Russo in exchange for West New York appointing him to the NHSA.

Hudson County View first reported that Raia was dropping out of what would’ve been a vastly entertaining heavyweight slugfest, on paper, for medical reasons.

Others present at the meeting held at the Weehawken Chart House were West New York Mayor Felix Roque, now ex-Commissioner Count Wiley and Donald Scarinci – the West New York town attorney and a close friend and ally of U.S. Sen. Bob Menendez (D-NJ) who has a knack for settling infighting.

Another source just revealed today that Weehawken Mayor Richard Turner apparently walked in with Russo at the tail end of the meeting for coffee.

At the time, a source with obvious knowledge of the situation, confirmed to me that Scarinci, Wiley and Roque indeed had dinner at the restaurant to talk turkey (which I don’t believe is on the menu).

The trusted source said the meeting was indeed to broker piece between Roque and Wiley by agreeing Wiley would be appointed to the NHSA board by March of this year. Roque currently serves on the NHSA board, as does former West New York Commissioner Ruben Vargas.

While it wasn’t stated explicitly, I’ve been around the block enough times to realize that Russo and Raia were also there and the same deal was made in exchange for Raia to drop out of the Hoboken council race.

Obviously, this plan hasn’t worked out to date and appears to be dead in the water, but let’s not rule out the outside chance things could get interesting in West New York again in about a month – even if it’s just momentarily.

Bringing it back to the Hoboken vote, Anti-Zimmer onlookers largely believe that Raia got what he deserved for playingÂ  both sides of the fence, more importantly getting joy out of the fact that the Zimmer faction is already dealing with a bit of turmoil.

To a far lesser extent, there was also some dissension among the council when five new zoning board of adjustment members were appointed earlier this month.

A large portion of the opposition firmly believes that the Zimmer favored 7-2 council won’t last for very long and it’s a matter of months before one to three council members join Russo and 4th Ward Councilman Ruben Ramos – who is heavily rumored to want a rematch with Zimmer in 2017 – in opposing the mayor.

This is probably just wishful thinking for now, but two Hoboken Housing Authority appointments will need to be made in April, so another power struggle could be down the pike in the foreseeable future.

From the Zimmer ally perspective, April may as well be light years away as now is the time to celebrate the council “doing the right thing” and giving the reform-favored Gardiner the opportunity to serve the Mile Square City in some capacity. 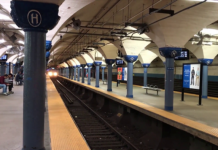 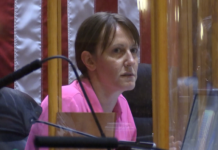