A new change.org petition is calling for Jersey City Councilwoman-at-Large Amy DeGise to resign over her July 19th hit-and-run following the release of CCTV footage of the incident. 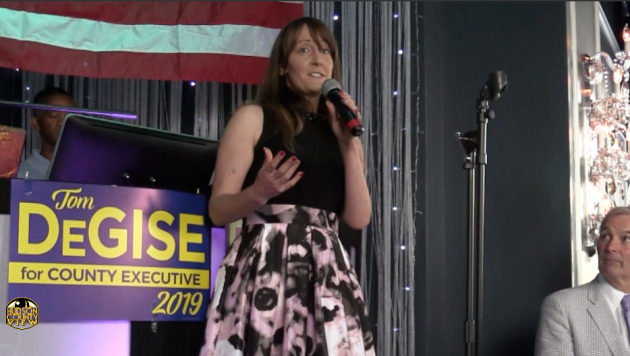 “Video footage shows us she made no effort to avoid the cyclist, to slow down after impact, or to stop to check on him and file a police report. The cyclist running the red light does not change anything about DeGise’s responsibility to the victim and to the law,” the petition, started by resident Megan Carolan, says.

The petition started late last night and initially sought 200 signatures, but after hitting that number, the threshold has been increased to 500.

Jersey City Ward E Councilman James Solomon came out as the first elected official asking for DeGise to resign or get recalled this morning, stating he was “horrified by the video” and that while she should have her day in court, in should be as a private citizen.

The CCTV footage shows the councilwoman hitting an Uber Eats bicyclist at about 8 a.m.

DeGise did not stop or appear hit her brakes after she hit Andrew Black, who seemingly ran a red light, at the intersection of Martin Luther King Drive and Forrest Street, the video shows.

As of this writing, she has said little about the incident beyond that she is glad no one was seriously injured, declining to comment further due to her pending court case.