Two people were sent to the hospital after a car crash on one of the more perilous roads in Jersey City required the fire department to help remove the passengers from the vehicle. 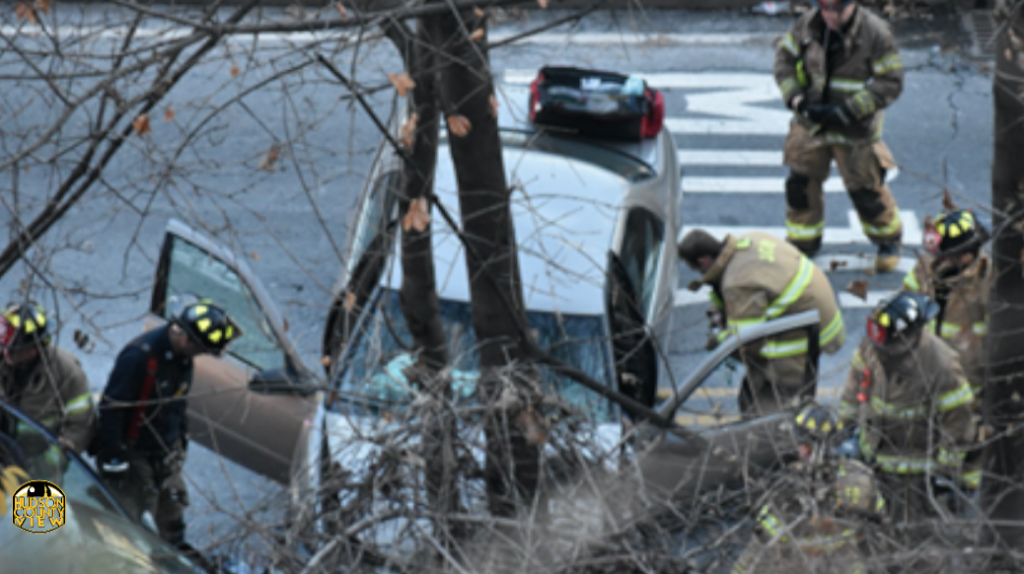 One of the vehicles drove into oncoming traffic and collided with another vehicle, creating an immediate â€œmedical emergency,â€ said J.P. Escobar, a spokesman for the Hudson County Sheriffâ€™s Office.

Both drivers were taken to the Jersey City Medical Center, Escobar said. One driver was released Thursday night, while the second driver remains in the hospital in stable condition.

Paterson Plank Road is known to be one of the more crash-prone roads in Hudson County and has seen a number fatalities in recent years.

Most recently, Adriana Riano, of North Bergen,Â was killed in a crashÂ on the road in May. A Union City man was later charged with death by auto.

Advocates call for citizenship for undocumented immigrants at ‘Relay Across America’...