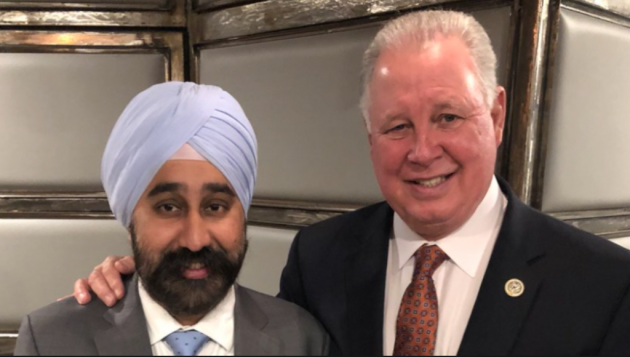 “While I’m honored and humbled to have been approached by members of the Sikh and South Asian community, along with other stakeholders to run for Congress, I’m 100% committed to serving the residents of Hoboken as Mayor,” Bhalla tweeted.

“There’s still a great deal to do the next four years, especially in the midst of a global health pandemic, and I look forward to continued public service in City Hall.”

Bhalla did not return calls or a text message seeking further comment, but he told The New Jersey Globe he looked forward to supporting the Hudson County Democratic Organization and has no plans to run for Congress.

For the moment, the HCDO appears poised to put Robert Menendez, Jr. on the line next June.

The son of U.S. Senator Bob Menendez (D-NJ, who works as an attorney and also serves as a Port Authority commissioner, already has the support of Sires, state Senator (D-33)/Union City Mayor Brian Stack, among others.

Stack is thus far the only mayor to come out in support of Menendez, Jr., though Sires just announced he’d be retiring yesterday.

Regardless if another well-known commodity from within the part decides to run, the progressive branch of the local Dems have vowed not to let this be an uncontested race.

‘National Night Out’ gets big participation in Hudson County