Hoboken Mayor Ravi Bhalla is hitting back at his critics on the city council, stating that he has only taken on one client since starting an of counsel position in February – where he is yet to earn a single dollar in commission. 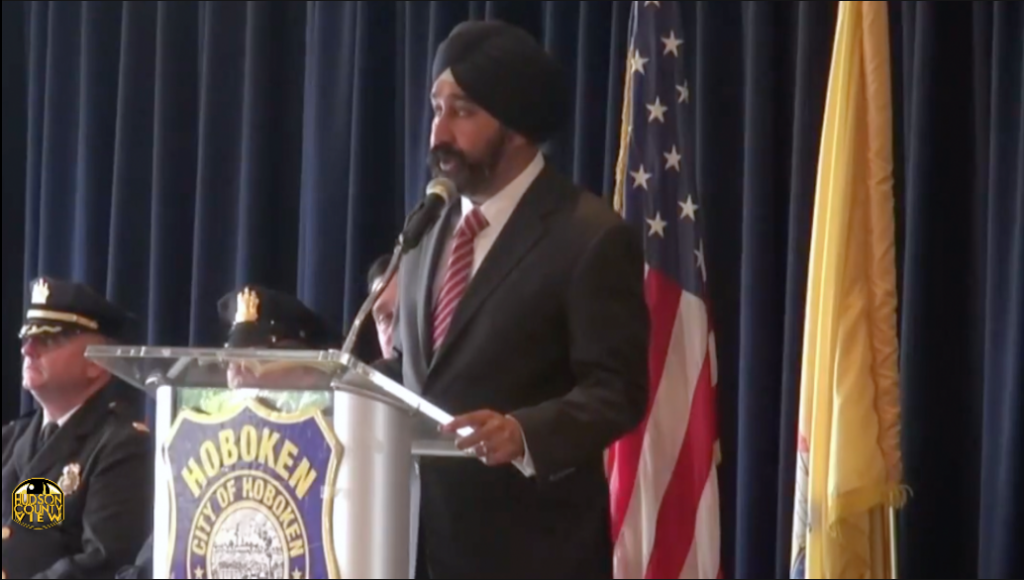 “While I agree with Corporation Counsel’s assessment that the proposed ordinance which was tabled by the Council at the June 20, 2018 meeting is legally impermissible, I have absolutely nothing to hide,” Bhalla wrote in a memo to the governing body today.

“Accordingly, in the spirit of transparency and collegiality, I am happy to disclose my client generation and commissions earned to date.”

The mayor continues that as of yesterday, has only client to date as of counsel atÂ Lavery, Selvaggi, Abromitis & Cohen, P.C. is the Borough of Englewood Cliffs, clarifying that “I have earned exactly $0 in commissions.”

The mayor receives a $60,000 part-time salary as of counsel at the firm.

At Wednesday’s council meeting, hours after news broke that Bhalla had been censured by the state Supreme Court, the board tabled a measure that would’ve required Bhalla to disclose his clients and commissions every quarter.

Corporation Counsel Brian Aloia said that the ordinance would not be enforceable without the creation of a local ethics board, an avenue the council seemed eager to pursue, as Hudson County View first reported.

“Mayor Bhalla’s decision to agree to the City Council’s demand that he disclose his clients and income from his second job is a major victory for transparency and good government, and we thank our fellow Council members for joining in this important effort. Now, it is vital to ensure that this level of transparency continues for as long as Mayor Bhalla holds this second job and for all future mayors,” they said.

“We believe the City Council should work with the Mayor to create a framework to ensure continued compliance and transparency, and given the Mayor’s willingness to disclose this information we see no reason why he should oppose this effort. Hoboken residents work hard in order to be able to live here, and the Mayor’s disclosure also raises additional questions about his second job in that he appears to be getting paid $60,000 for little to no work.”

Also in the memo, Bhalla scoffed at the notion that he did not answer the council’s 26 questions about his law firm gig, attaching a copy of his answers – which were mostly “see a copy of the attached agreement” and “no.”

However, 2nd Ward Councilwoman Tiffanie Fisher disagreed that Bhalla answered each of the 26 questions to the best of his abilities.

“I welcome any and all additional transparency from the mayor. His 2nd job and his historical lack of transparency have been of concern to all Hoboken residents which is why we have insisted that the conversation be held in public, not in private, like he suggests,” she began.

“Although he provided 26 technical responses to our questions, the mayor did not respond to all questions, those provided were brief and left out important context about the potential for conflicts and the use and allocation of his time to the 2nd job. In particular #1 (multiple questions), #5, #14, #17 and #20. I have applauded both he and the administration for being able to progress on so much more than under our previous mayor.”

Shortly after accepting the of counsel position, the city council passed a resolution urging the mayor to disclose the details of his new employment agreement.

Editor’s Note: This story has been updated with remarks from Council President Ruben Ramos and 2nd Ward Councilwoman Tiffanie Fisher.Â