The City of Bayonne settled a federal whistleblower lawsuit with a former City Hall employee for $125,000 last month, documents show. 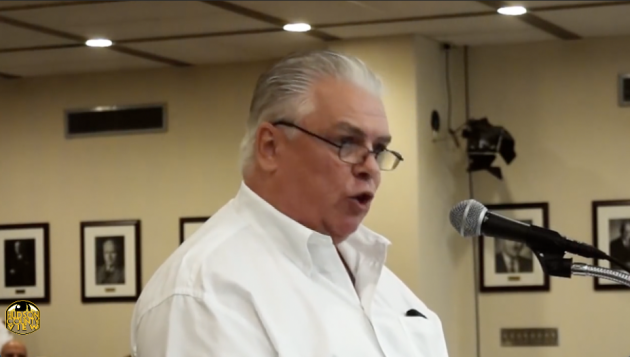 “The NJIIF shall deliver to counsel for Plaintiff a check in the lump sum amount of $125,000 (the “Settlement Sum”). The check in payment of the Settlement Sum shall be made payable to ‘the Trust Account of Bruno, Gerbino, Soriano & Aitken as attorneys for Patrick J. Leonard,'” the seven-page settlement agreement says.

Leonard’s suit had been lingering since July 2016, alleged various illegal business transactions by the city and that he suffered the administration’s wrath for reporting them.

For example, Leonard said he told the state Division of Local Government Services that three council members were illegally receiving health benefits from the city in June 2015.

He also claimed that former Business Administrator Joe DeMarco essentially ran the city and only gave contracts and jobs to a small group of politically connected people.

At a fiery speech at a council meeting in October 2015, he came out hard against DeMarco and the culture at City Hall, even claiming that he saw the then-business administrator take a $5,000 bribe.

As part of the settlement, DeMarco will receive $3,000 from Leonard to resolve a countersuit alleging defamation.

“Plaintiff acknowledges and agrees that no portion of the Settlement Sum shall be distributed to him or counsel for Plaintiff unless and until a check in the amount of three thousand dollars ($3,000.00) has been delivered to counsel for DeMarco herein, said sum being in settlement of the Counterclaim (referred to herein as the “Counterclaim Settlement Sum”) as set forth m paragraph 2 of this agreement.”

As part of the terms of the settlement, DeMarco agrees to dismiss his claim, while Leonard agrees not to refile, appeal, initiate, or participate in any claim against the city.

Furthermore, the settlement, which includes attorney’s fees and costs, will be covered by the city’s joint insurance fund and is not an admission of wrongdoing or liability “and is being entered into solely for the purpose of economic expediency.”

Leonard told HCV that he stood by everything he said, that the city wouldn’t have settled if he was wrong, and that he has still not received a paycheck.

“I stand by every statement I ever made: If I was wrong why did they settle? The only reason I agreed to allow anyone else be part of this was to expedite the dragged out lawyer shenanigans. They are still playing games because I haven’t seen any compensation.”

Editor’s note: This story was updated with a comment from PJ Leonard.