The attorney for state Senator Sandra Cunningham (D-31) has pleaded not guilty to driving while intoxicated and careless driving charges stemming from a March 4th arrest in Jersey City during a brief virtual first appearance in Bergen County Superior Court this morning. 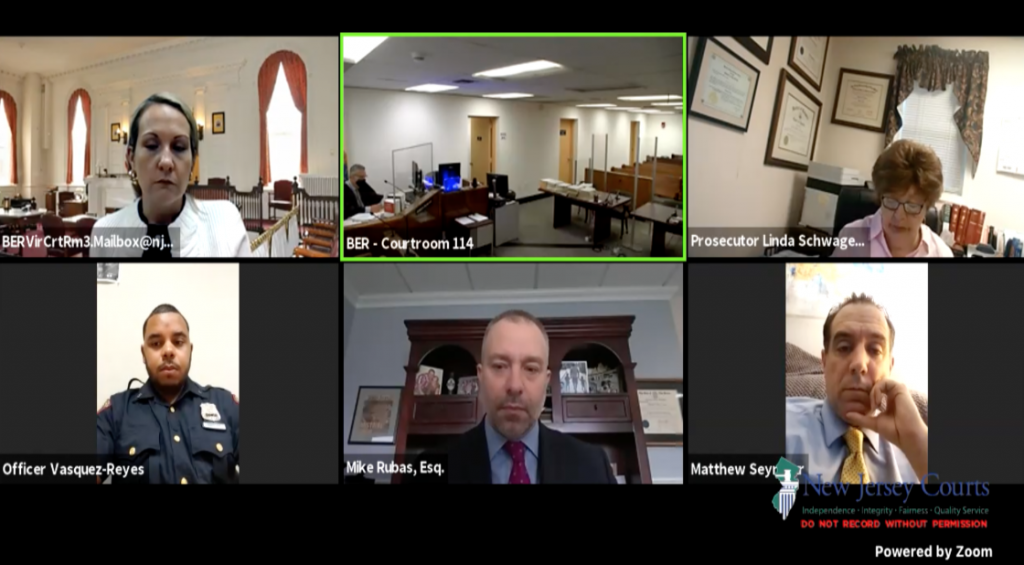 Michael Rubas, Cunningham’s attorney in the matter, entered the two not guilty pleas in front of Bergen County Superior Court Judge Anthony Gallina at the beginning a Zoom hearing this morning that lasted around 10 minutes.

“Judge, if a trial were had in this matter, we’d want to proceed in person,” Rubas said after Gallina asked his preference if the case goes to trial.

The prosecutor in the case, Linda Schwager, who is also the mayor of Oakland, noted that the discovery process hasn’t gone very far, indicating that she doesn’t have the police body camera videos that several media outlets including HCV have published.

“Apparently more people have discovery than I do: because of the transferring of the case from one county to another county, I don’t have full discovery, I don’t even have the video,” she told the court this morning.

Rubas said that since the case involves blood withdrawal, the New Jersey State Police will need to assist with the “significant amount of discovery,” as will the Jersey City Police Department and Hudson County Prosecutor’s Office.

Gallina concluded that this matter will be adjourned for at least 30 days, though later noted it would probably be more like six weeks, before the court reconvenes for a status conference.

On March 4th, Cunningham was arrested for drunk driving after hitting two parked cars near her home.

The police body camera footage of the incident shows that she twice asked for Jersey City Police Director James Shea to come to the scene, was unable to provide her address to officers at the scene, and said she felt “unsteady,” requesting medical attention after being asked to perform a field sobriety test.

The state Senator is running unopposed in the June 8th Democratic primary and has been in office since November 2007.