Hudson County Superior Court Judge Mitzy Galis-Menendez dismissed a charge of bribery in official and political matters against former Assemblyman Jason O’Donnell in connection to his unsuccessful run for Bayonne mayor in 2018 during a hearing this morning. 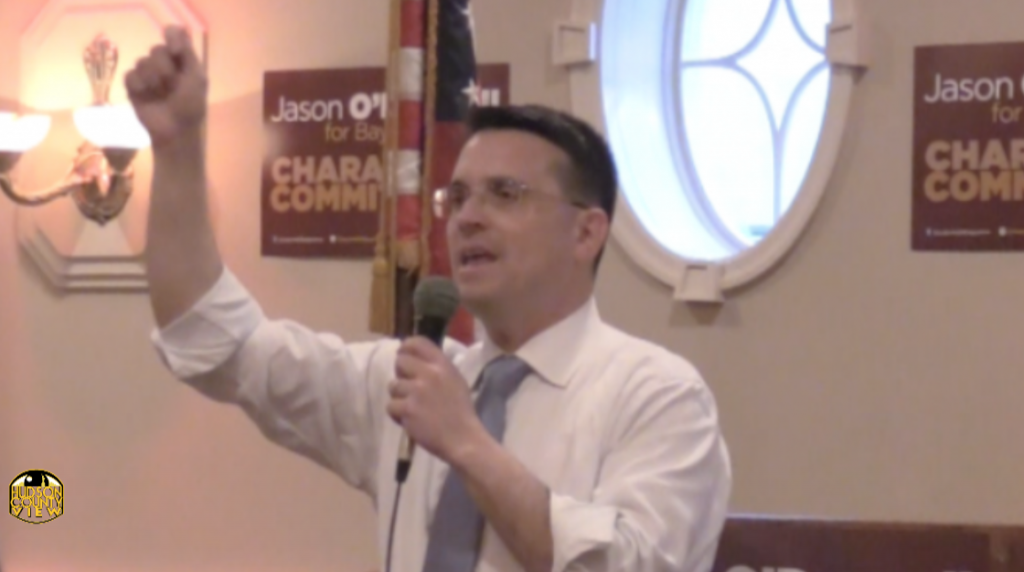 “This court does not believe that the state has presented some evidence to the grand jury that the defendant received a benefit as a consideration for the performance of his official duties,” Galis-Menendez said prior to her decision during a Zoom hearing today.

O’Donnell’s attorney in the matter, Leo Hurley, had argued that his client’s case was identical to that of former Jersey City Assemblyman Lou Manzo, who was arrested in 2009’s infamous Operation Bid Rig for allegedly receiving $27,500 in bribes for his failed run for mayor.

However, U.S. District Court Judge Jose Linares dismissed Manzo’s case since he was not an elected official at the time, only a candidate for office.

The New Jersey Attorney General’s Office charged O’Donnell, along with four other candidates/former officials, via complaint-summons in December 2019 and indicted four of the five – including O’Donnell – in February of this year.

The stage alleged that Jason O’Donnell accepted $10,000 from cooperating witness Matt O’Donnell (no relation) between approximately February 1st, 2018 and May 3rd 2018 in exchange for hiring him at City Hall if he was elected mayor.

Deputy Attorney General John Nicodemo argued that “the crime is the promise,” but Galis-Menendez rejected that argument since O’Donnell had no ability to follow through on the commitment.

AG’s Office spokesman Peter Aseltine said that they “strongly disagree” on the outcome of today’s hearing and are planning on filing an appeal.

“We strongly disagree with today’s decision, which, if upheld, effectively legalizes bribing candidates for public office.  We do not think this is what the Legislature had in mind when drafting this law and we look forward to appealing this ruling once we receive the written opinion,” he wrote in an email.

In March of last year, Jason O’Donnell rejected a plea deal from the AG’s Office where they would have recommended five years in state prison, a move that was clearly the right call now in retrospect.

O’Donnell was charged at the same time as former Jersey City Board of Education President Sudhan Thomas, who is accused of soliciting $35,000 cash from Matt O’Donnell for a council run in exchange for a BOE contract.

His case is still pending after pleading not guilty in March.