The New Jersey Assembly Community Development and Affairs Committee cleared Angela McKnight’s (D-31) bill that would allow for the creation of civilian complaint review boards throughout the state. 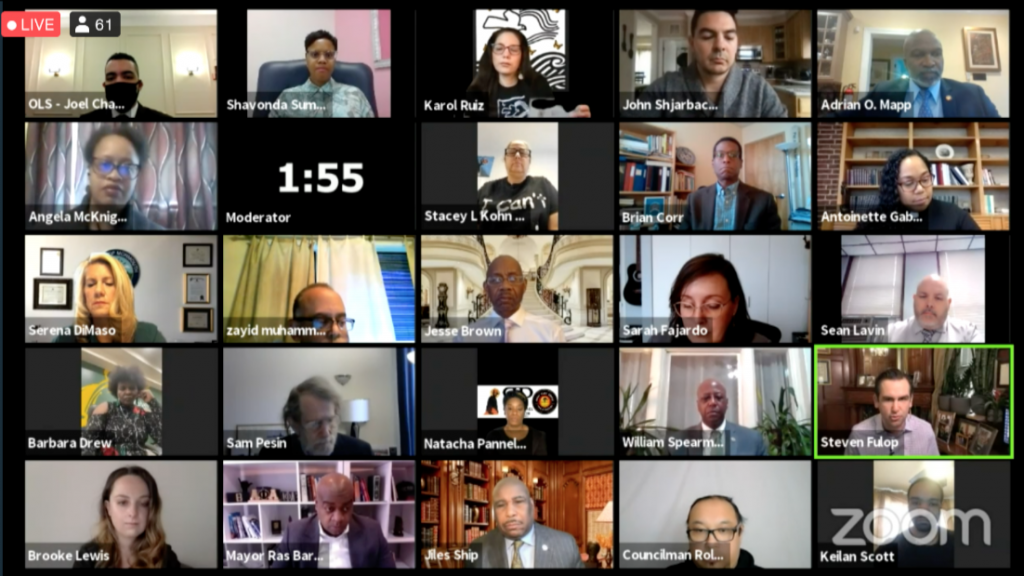 Assemblywoman Shavonda Sumter, the chair of the development and affairs committee, and her running mate, Assemblyman Benjie Wimberly (both D-35), are also sponsors.

McKnight has also come out in support of a similar ordinance in Jersey City, sponsored by Council members Denise Ridley and James Solomon, to pave the way for a local CCRB once the statewide legislation passes – though it hasn’t been introduced yet following last month’s announcement.

Despite the delay, Jersey City Mayor Steven Fulop said he and the city council remain supportive of this initiative.

“I and the city council are strong supporters of this legislation … The laws today in New Jersey, when it comes to filing complaints against police officers for excessive force, don’t allow executives like myself to see or review any of those,” Fulop said, noting that transparency, accountability, and community involvement need to improve.

Newark Mayor Ras Baraka, who is appealing a state Supreme Court decision that prevented his city’s CCRB from utilizing subpoena power, said that the time is now to ensure that there is won’t be another George Floyd-like incident in New Jersey.

Several amendments were read into the record prior to public comment, which included mandating at least three CCRB members (down from seven), removing the provision that chairs and vice chairs will serve two year-terms, noting that board members may receive compensation (as opposed to it being guaranteed), as well as that a county civilian review board would have jurisdiction over sheriff’s offices – among other things.

Some activists expressed dismay over the fact that CCRBs would not be able to investigate police incidents until long after an internal affairs unit made a decision.

“We truly believe this bill is the next phase for a movement of civilian oversight,” Sarah Fajardo, the policy director for the state chapter of the ACLU, though noted that parallel, concurrent investigations should be essential.

“I want to ensure that as we fight in Jersey City, and our neighboring city in Newark … that we continue to fight for that subpoena power and concurrent investigatory powers,” added former Jersey City Councilman Chris Gadsden.

Jersey City Councilman-at-Large Rolando Lavarro also noted that this was not supposed to be an anti-police measure, but instead one that simply provides accountability and gives members of the community a voice.