Bayonne Council President Sharon Ashe-Nadrowski and Mayor Jimmy Davis are trading leather over a 1,250-unit project on the former Military Ocean Terminal that is heading to the planning board about a month before the May 10th municipal elections. 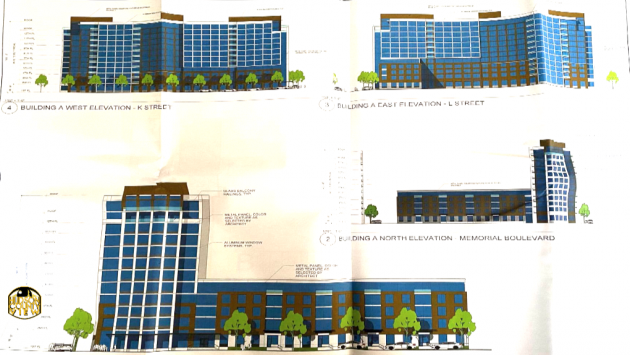 “I think [Wasseem Boraie] is worried that if Jimmy Davis doesn’t get reelected his sweetheart deal goes away,” Ashe-Nadrowski told Politico in a subscriber exclusive story published yesterday, where she also said she was unsure how she’d vote on the project.

The statewide outlet first reported last week that Boraie was the largest donor to the Government for the People super PAC, an entity founded by former state Senator Ray Lesniak to assist Davis in a bid for his third term.

HCV followed up by noting that the $25,000 donation came ahead of an expected planning board hearing that has been scheduled for April 12th. Two partners from the Weiner Law Group donated $10,000 each to the PAC and are the firm representing the project.

Davis campaign spokesman Phil Swibinski criticized Ashe-Nadrowski for voting yes to the redevelopment plan of “Peninsula at Bayonne Harbor,” along with the payment in lieu of taxes (PILOT) agreement, ahead of the upcoming final vote.

“If Sharon Nadrowski gets her way and kills this project she will not only sabotage the long-awaited redevelopment of the Military Ocean Terminal that Mayor Davis has successfully spearheaded, she will also expose Bayonne taxpayers to millions of dollars in legal liability by denying an ‘as of right’ approval,” he said.

“Mayor Davis paused residential development in Bayonne neighborhoods to give residents a chance to study its long-term impacts, but everyone supports this kind of mixed-use development at MOTBY — everyone except Sharon Nadrowski, who is apparently willing to flip-flop and potentially cost Bayonne taxpayers millions of dollars just to score cheap political points.”

Swibinski continued that the developers are contracted with the city to purchase the land and begin construction immediately after receiving approval, contrary to “misinformation” from Davis’ chief opponent and former two-time running mate.

Ashe-Nadrowski responded in kind, claiming the piece of property is being sold for $35 million instead of it’s assessed value of $95 million, again putting a wealthy developer ahead of the average resident.

“That extra $60 million can be used to stabilize taxes, reinvest in our small businesses, fix our streets, address our flooding problems, and even go towards building schools. But instead, Davis would rather the developer get a sweetheart deal and the residents get the short end of the stick,” she stated.

“I know Jimmy and Wasseem are friends. I know they go out to private dinners. I know Borraie are a major contributor to his campaign. Great. But while Jimmy is being wined and dined who is protecting Bayonne taxpayers?”

She further stated that while she does not oppose the development, the city should not be getting shortchanged, suggesting the council could revoke their developer designation and re-open negotiations to ensure a fair deal for taxpayers.

The non-partisan Bayonne municipal elections are on May 10th.