Punctuating the latest chapter in the longstanding feud between Hoboken Mayor Ravi Bhalla and 1st Ward Councilman Mike DeFusco, the city council halted a contract for a law firm representing Bhalla in a lingering ethics complaint that dates back to 2010.Â 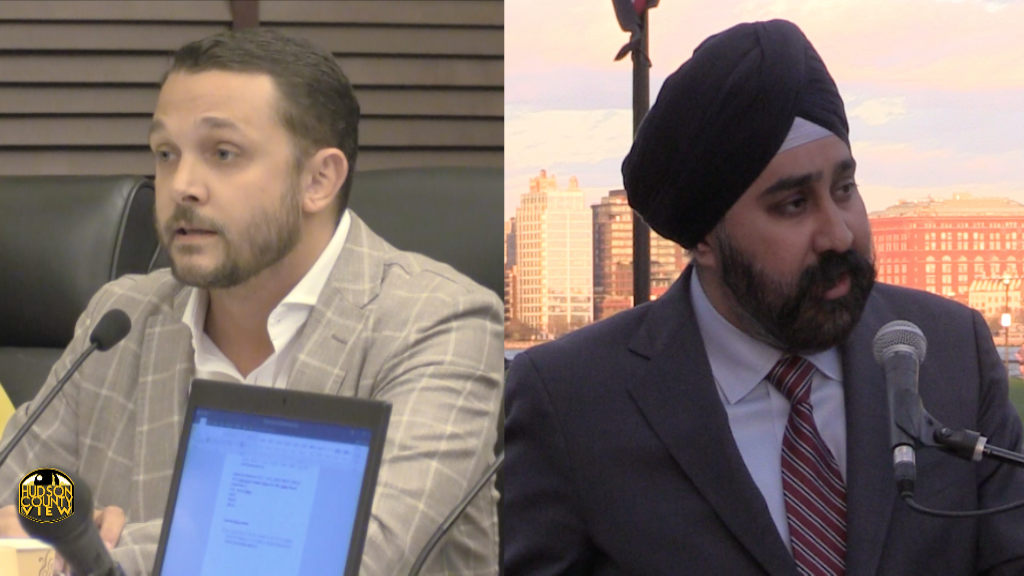 “When it comes to getting our job done, we need to address the fact that our mayor, after the election, was issued a violation by the state Local Finance Board. And that violation was issued because back in 2010, he had sat on this dais and voted on a contract of a business partner,” DeFusco began late into last night’s meeting.

“Now, rewind to that time, there’s a couple facts that were not acknowledged by then-Councilman Bhalla and they’re all summarized here in this resolution: the fact is, he did not, when asking corporation counsel at the time, disclose the fact that he shared a lease and acknowledged that there was no conflict of interest.”

The resolution, sponsored by DeFusco and seconded by Council President Ruben Ramos, called for the termination of the law contract with the Buzak Law Group, who has been been paid over $10,000 to represent Bhalla in the aforementioned complaint.

The council approved the measure by a vote of 7-2, with Council-at-Large members James Doyle and Emily Jabbour voting no, after a closed session discussion took place after Corporation Counsel Brian Aloia called voting to terminate the contract “questionable at best.”

As Hudson County View first reported in January, Bhalla was issued a violation by the NJ Local Finance Board for voting on continuing a city legal contract with Paul Condon, Esq., who Bhalla shared an office space with, all the way back in February 2010.

At the time, a spokesman for Bhalla called the ruling a “nakedly political decision by the Christie administration” (the decision came down on November 13th, 2017).

LFB Chair Timothy Cunningham wrote in the decision that the shared lease “might reasonably be expected to impair his objectivity or independence of judgement.â€

City spokesman Santiago Melli-Huber pointed out that the case, filed by longstanding political gadfly Perry Belifiore, had previously been dismissed twice, more than justifying an appeal of the LFB’s November decision.

“A press release put out by a campaign spokesperson does not change the fact that the meritless ethics complaint in question was adjudicated twice and thrown out, with Judge Geraghty, in his decision, calling the filer of the complaint a ‘bigoted, malicious crackpot with a personal grudge against Bhalla,'” he said in an email

“This act of political grandstanding sets a bad precedent, as elected officials should have the ability to do their jobs without fear of frivolous lawsuits.”

Bhalla, in a statement, added he is proud of the administration he’s led, which has kept taxes stable, reopened the office of constituent affairs, expanded paid parental leave for city employees – among other things.

Earlier on in the meeting, Hoboken resident Mike Donnelly approached the podium and took aim at several council critics of Bhalla, particularly honing in on DeFusco, filing an ethics complaint alleging he violated city pay-to-play laws.

Donnelly also accused him of lying during his appearance on Hudson County Review Live last week, since he said he was yet to receive any notice regarding any alleged pay-to-play violations.

DeFusco responded to Donnelly after the public portion concluded.

“You can throw whatever you like at me, sir, but when I say I’m not aware of the charges: I’m aware of the political talking points to which you eschew,” the councilman began.

“But to this day, I have not received, according to the ordinance that you so elegantly flaunt, I have not received any notice – eight months after an election – from the authority responsible, which is the city clerk, alerting me to any improprieties.”