The New Jersey Attorney General’s Office has released a 911 call and body camera footage of an incident last month where Bayonne police fatally shot a man armed with a knife. 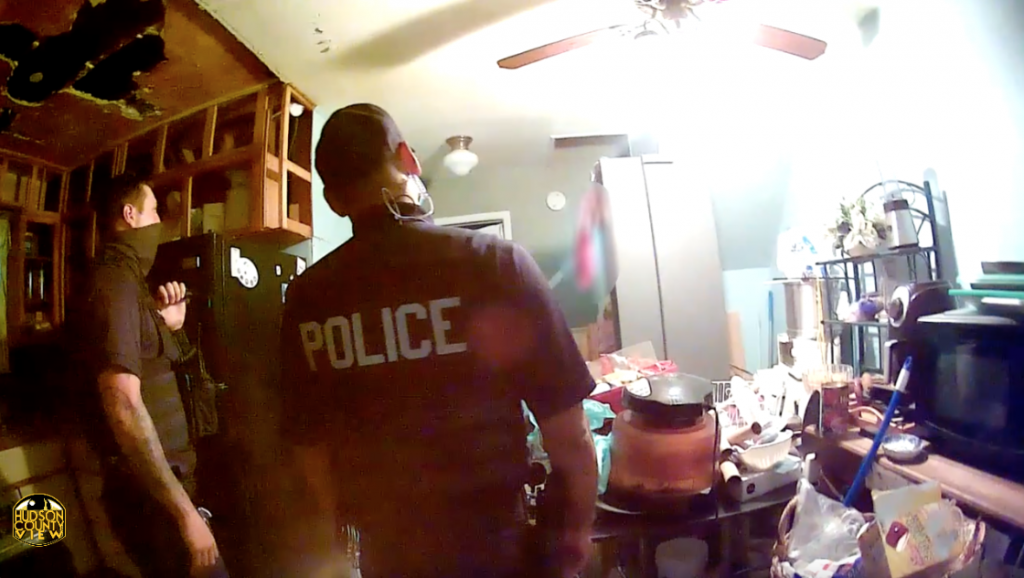 “He’s disturbed, he’s gone crazy … My [censored] has gone crazy … Fireworks were going off in the middle of the morning and he was going crazy over it, he started wrecking stuff,” the woman who made the 911 call said.

The dispatcher said police were on their way after the woman said “they need to do something to calm him down too.” The AG’s Office had previously said that police were responding to a domestic violence call.

Sources with knowledge of the situation, who spoke under the condition of anonymity, have identified the caller as the mother of Lee Waskiewicz, 47, who was fatally shot by police inside his home on June 7th.

Police responded and the woman who answered the door said she was not hurt and wanted someone to restrain Waskiewicz if he could not be taken away in an ambulance.

Once police were inside, they identified that Waskiewicz was in the attic with a knife and they asked him to put the weapon down.

“I need you to put the knife down,” one officer said.

“Get the f*** away from me,” Waskiewicz shouted back.

After a couple more minutes of yelling, Waskiewicz exclaimed “come up here and I’ll f***ing stab you to death” and after about another minute of officers trying to calm him down, he was shot as he attempted to descend the staircase.

Officers immediately tried to render first aid and urged dispatch to “step up the ambulance.”

The two officers who killed Waskiewicz were previously identified as Timothy Ballance, Jr. and Edward Taveras, as HCV first reported.

According to the AG’s Office, Bayonne police responded at 6:30 a.m. and Waskiewicz was pronounced dead at the Bayonne Medical Center at 7:43 a.m.

The fatal incident remains under investigation by the Office of Public Integrity and Accountability (OPIA).

The recordings are being released in response to an OPRA request that HCV filed last month and pursuant to policies established by the attorney general in 2019 that are designed to promote the fair, impartial, and transparent investigation of fatal police encounters.

Additionally, prior to today’s release, investigators discussed the matter with Waskiewicz’s relatives and provided them copies of the recordings to review, officials said.

LETTER: It’s ’embarrassing and shameful’ how negative the O’Donnell team has...