After years of planning, Bayonne officials broke ground on the new, $2.6 million 25th Street Pedestrian Bridge, which will be built right over the Hudson-Bergen Light Rail tracks. 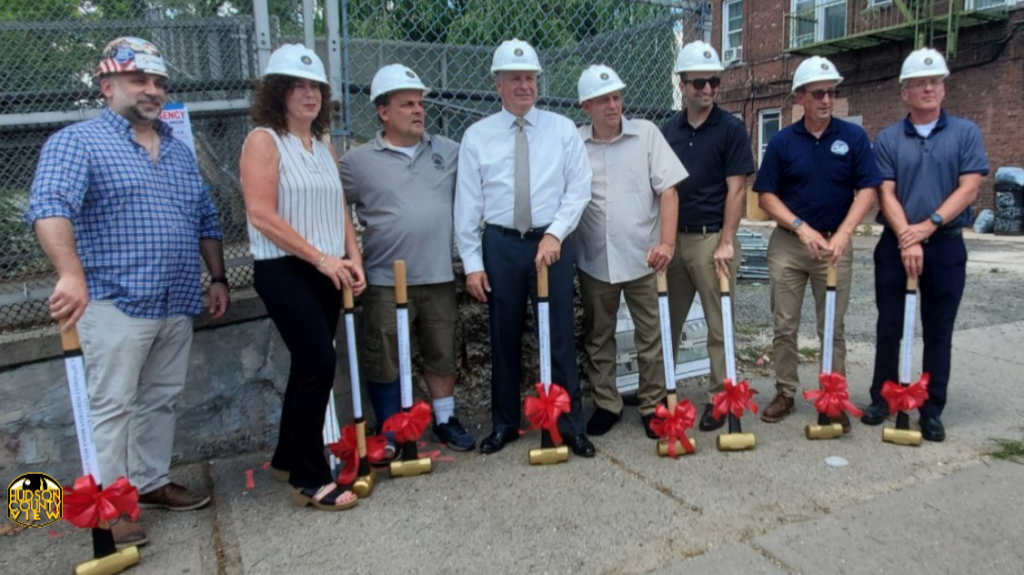 “It’s progress. It’s something that should have been done years and years ago. Finally, we were able to get this done and it’s the perfect thing for our city,” Bayonne Mayor Jimmy Davis said.

The project has been 15 years in the making, since former Mayor Joe Doria was in office, officials said at a press event this afternoon.

The existing bridge is approximately 50 years old and will be demolished by mid-July, with plans projected the new bridge to be completed by the end of the year.

“It’s a way for everybody to get to Broadway without having to drive. You’re only a block or two blocks away from Broadway, but with train tracks there, you can’t go there,” Davis added.

Otherwise, pedestrians need to go up two blocks or down five blocks, depending on their final destination.

“It’s just the final piece of the puzzle … the rebuilding of Bayonne and connecting the east side and west side: we’re building up Bayonne,” noted Council President Sharon Nadrowski.

She also noted that 2nd Ward Councilman Salvatore Gullace had been a big proponent of a new pedestrian bridge for years, to which he said he has been advocating for the concept for the eight years he’s served on the council.

Additionally, Nadrowski acknowledged that Assemblyman Nicholas Chiaravalloti (D-31) was instrumental in securing state funding from the state for the bridge.

In a statement, Chiaravalloti noted that he was pleased to help get this project over the goal line.

“I am happy that Bayonne finally will be implementing the necessary improvements for the pedestrian bridges. I was happy to fight for over $500,000 to be included within the 2020 and 2021 Fiscal Budgets, as the residents of Bayonne deserve safe and secure access within their city,” he added.

State funding for the project began coming in back in 2017, about two years after two pedestrians were killed in vehicular accidents when they tried to cross Route 440.

This prompted some residents to renew their call on elected officials to build a pedestrian walkway.