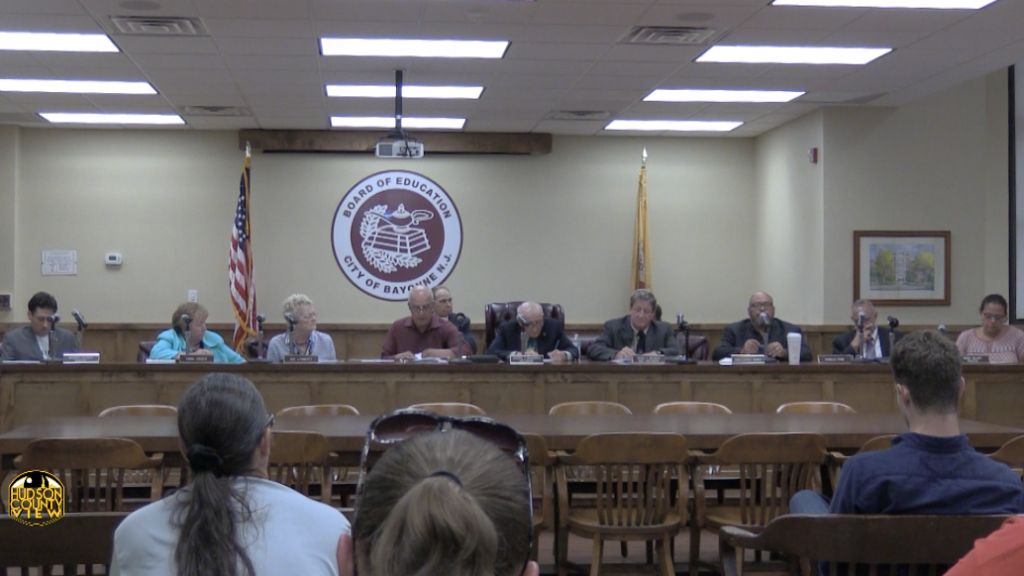 Daniel Castles, currently the business administrator for the Keansburg Public Schools – same district where new Superintendent John J. Niesz was most recently employed, was hired by a unanimous vote (5-0) just before 9 p.m.

“I’m really excited to get on board,” Castles, 36, said after the meeting. “I’m eager to hit the ground running and learn the ins and outs of the district.”

Castles was previously employed as the business administrator for the Keansburg school district for three years, and had been with the district for more than a decade.

Niesz said he has “outstanding experience” and was “dedicated to the district and the community … He’s a very astute, hard-charging guy,” he added.

Later in the evening, the board also voted to hire Tom Fogu as the assistant business administrator.

However, everything did not go off without a hitch. Initially, Trustee Michael Alonso, in an unexpected turn or events, decided to abstain on the resolution to hire Castles, effectively blocking the measure.

Since four trustees on the board, Ava Finnerty, Charles Ryan, Jodi Casais and Vice President Denis Wilbeck, were unable to participate due to the fact that they have at least one relative employed in the district, the board needed a unanimous vote from its remaining five trustees.

After about an hour long closed session, the trustees returned to the dais to appoint Castles. unanimously.

Board members originally attributed Alonso’s vote to a “communication error,” but in a text message, Alonso said he abstained in order to force the board “to compromise.”

“A filibuster wouldn’t work, a no vote wouldn’t work … I thought if it was a 4-1 vote it would pass, but if I abstained… no quorum… so then they had to compromise,” he told HCV.

He asked to start the process to review the budget earlier in the school year. The board typically starts the process in January – where board members review line items in the school district and decide how to allocate school funds.

Payne: It’s ‘gravely disappointing’ that the Senate was unable to codify...

All key members of the HCDO, Murphy, backing Menendez, Jr. for...