After Bayonne Mayor Jimmy Davis asked the council to vote down a payment in lieu of taxes deal (PILOT) for an 18-story high rise on Avenue E, they opted to postponed the vote until March instead. 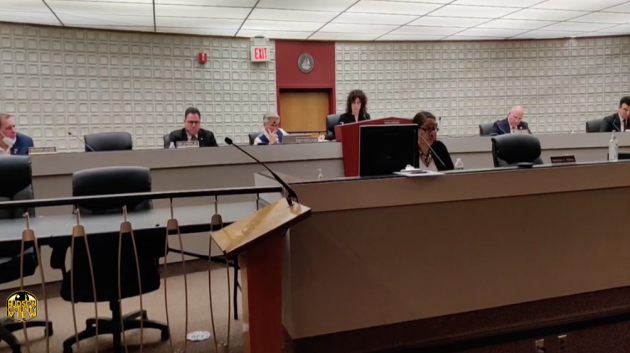 The development at Avenue E between 16th and 17th Streets, commonly referred to as the Silk Lofts, lost Davis’ support on Tuesday, when he said that PILOTs will not be presented to the council until the last eight years of development have been reviewed.

While Davis asked for the council to oppose this, it ended up being postponed instead after a motion from Council President Sharon Ashe-Nadrowski was seconded by Councilman-at-Large Juan Perez. The motion passed unanimously (5-0).

“Less than a week ago, Mayor Davis finally admitted that over-development was out of control. Yet, it turned out to just be another broken promise,” Nadrowski, a mayoral challenger, said in a statement today.

“Last night his council running mates rejected public input – not once, but in four separate votes. Once again, Davis is all talk and no action.”

In addition to the Marist High School redevelopment plan, the council also approved the initial steps to redevelop three other projects: 63 Lefante Way, Walchks, and the Eighth Street redevelopment plan – the latter of which contains multiple sites.

Each vote passed 4-1, with only Nadrowski opposing each measure.

“I voted against these plans because Bayonne residents deserve to have their voices heard on development projects. For the last several years, too many development deals have been negotiated in the backroom, outside of the public’s view,” she added.

“As mayor I’ll be committed to hosting neighborhood meetings on each idea before a plan is adopted. I welcome public input. This is our town.”

The next Bayonne City Council meeting is on March 16th at 7 p.m.