After receiving a ton of backlash online, the Hudson County administration and the sheriff’s office agreed to pull a resolution asking the board of chosen freeholders to vote on about $26,000 in riot gear. 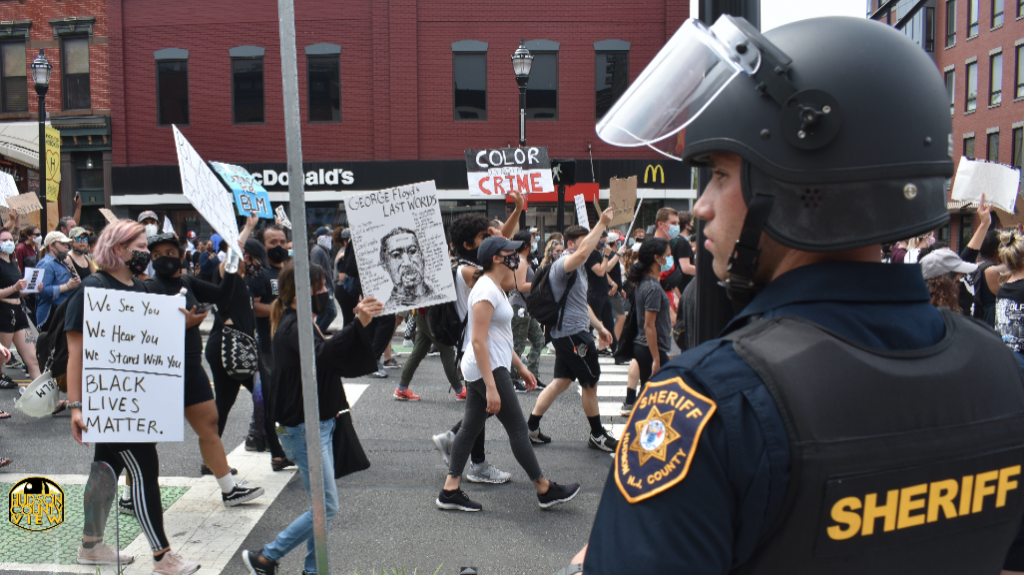 “After consultation with the Sheriffâ€™s Office & members of the Board of Freeholders this resolution will not go forward,” Hudson County’s official twitter said in a thread started by Jersey City resident Amy Wilson that was highly critical of the measure.

Earlier this evening, The Jersey Journal reported that Hudson County Sheriff Frank Schillari asked the freeholders to approve nearly $26,000 in spending for riot gear in a June 3rd letter, stating the equipment was necessary to “restore order” if a protest became unruly.

In the past week, Jersey City, Hoboken, North Hudson, Kearny, and Bayonne have all hosted protests over George Floyd’s death, and even in Hoboken where the crowd was in the thousands, the rallies have been peaceful and have required very minimal – if any -police involvement.

A copy of the freeholders caucus agenda shows that the sheriff’s office had requested $25,779.40 for 150 riot helmets, though Schillari’s letter also mentions tear gas, non-lethal rounds, and riot control grenades.

The news was almost instantly panned on social media, with Black Men United, a group that helped organize several protests in Jersey City and one in Hoboken, preparing an email template to Schillari and the freeholders being highly critical of a potential vote.

“At a time when our nation is reeling from police brutality the Hudson County Sheriff’s request for riot gear is extremely tone-deaf,” the template said.

“Every protest in Jersey City has been peaceful, for the county law enforcement to make this request due to ‘unruly crowds’ is both inaccurate and inflammatory. I demand that you reject this request and demand that you reinvest this money in community development projects in our most vulnerable communities.”