The $241 million Hoboken school referendum was voted down at the polls during today’s special election, getting defeated decisively by a margin of about 2-1, according to tallies from the Hudson County Clerk’s Office. 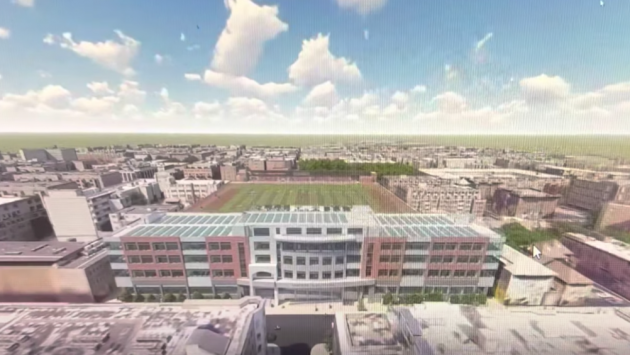 With all 42 districts reporting, 5,401 voters opposed the measure (no), with 2,847 voting in favor (yes), according to the HCCO, including 1,044 votes opposing the measure and 593 votes for it via vote-by-mail ballots.

The larger than expected voter turnout clearly aided those opposing the bond effort, who had a fully loaded get out the vote effort on the streets before the polls opened at 6 a.m. this morning

The anti-referendum group, which ranged from community members to officials from the local Republican party, opposed the measure since they said the process was rushed –  about nine weeks notice – and actively sought to keep public input to a minimum.

The BOE scoffed at that notion, arguing their infrastructure hadn’t been upgraded in decades and that their projected enrollment numbers showed large increases for the next five years.

Nevertheless, that was not enough to convince the electorate that large amenities like a new football stadium, ice skating rink, black box theater, gym, and two auditoriums, among many other things, at a price tag of about a $496 annual tax increase were worth it.

“I take no pleasure in what took place the last few months with the way this process played out. It’s extremely unfair the way the BOE disseminated information, and hopefully going forward, the Hoboken residents have a longer runway for having the voices of the students and parents heard,” Ramos said over the phone.

“My door and my inbox is open to move this process forward with as many stakeholders as possible.”

With the loss, the board of education cannot post a new school plan for at least one calendar year.

“This was a tough election for Hoboken around a critically important issue – our students. Every one of us wants to see our students thrive,” added Fisher.

“I hope we can work together as a community and support the BOE on an amazing plan we can all get behind next year. Thank you to everyone who came out and voted and advocated on all sides of this important issue. Democracy is grounded in debate.”

“Tonight the voters have spoken. While the will of the voters has made it clear that the Board of Education’s current proposal for the new high school will not move forward, I sincerely believe that the effort to improve our public schools will continue. I thank each and every resident who went to the polls to make their voices heard, and those who spoke up, and engaged in thoughtful, civil debate on both sides of the issue,” he said in a statement.

“With the vote now over, it is my hope that stakeholders will work on a revised plan collaboratively, that will meet the needs of our growing school population, and reflect resident feedback … I truly believe for Hoboken and our children, the best is yet to come.”

Editor’s note: This story was updated with new tallies from the Hudson County Clerk’s Office and a comment from Mayor Ravi Bhalla..