In another high stakes political poker game that could only be showcased in the Mile Square City, Hoboken Mayor Dawn Zimmer squared off with old nemesis 3rd Ward Councilman Michael Russo this fall with six council seats on the line. 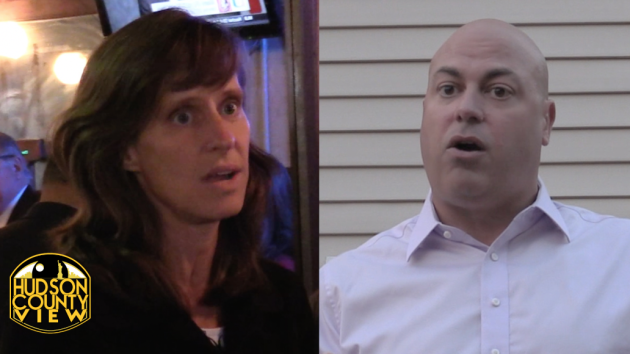 Politicos could practically smell the napalm in the air in Hoboken as Labor Day came to a close and election season was once again upon us.

Zimmer of course would be backing a reform, or “New Guard” city council slate, while Russo was compiling his old school, or “Old Guard” council ticket.

Bonnie Murray and Tim Occhipinti also run independent of either team, while Russo ended up running unopposed after developer Frank Raia (who was also running independently) cited health reasons for dropping out of the race (though the actual reason was disputed).

Although there really weren’t any surprises in terms of who would be placing their name on the ballot, the fists flew early and often, with an early highlight being that Hoboken Freeholder Anthony Romano (D-5) – backing Russo’s slate – proclaiming “this is a war” at Ward 2 candidate Biancamano’s campaign kickoff event.

While Romano was chastised for the remark by some, it was hard to argue that he was wrong: the majority stake of the council was on the line here.

Meanwhile, Russo still made a point to flex his political muscle as a hosted a campaign kickoff as well, despite no opponent in sight, throwing his support firmly behind council and board of education candidates in hopes of bringing things back to the way they used to be.

He also dismissed the notion that he had any involvement in getting Raia to withdraw from the race, claiming it was just the Zimmer camp spreading misinformation as usual.

Russo had to have expected Hoboken Horse and Grafix Avenger to get chippy during election season, otherwise, it just wouldn’t be Hoboken now would it?

Furthermore, Zimmer appeared unfazed by the hype from the other side, hosting a well attended fundraiser for her five candidates in October that saw big wigs like Jersey City Mayor Steven Fulop and former Senate Majority Leader Bernie Kenny in attendance.

Both council debates showcased that their wasn’t a whole lot of love between the electoral adversaries, as DeFusco and Castellano launched some of their best offensive flurries of the fight and we also got a glimpse into how much Garcia and Giattino hate each other.

When the smoke finally settled, Zimmer somehow managed to pull out victories in the hotly contested 1st and 2nd Wards, where many objective onlookers were expecting a split, as well as pulling out strong vote totals in Ward 5 and 6.

Zimmer currently marches towards a 2017 re-election bid looking as strong as ever, though the re-emergence of Ramos could be an eventual cause for concern – as is Romano who was helped get two board of education candidates elected – with the satisfaction of knowing she gave Russo an old fashioned political beatdown in 2015.

Number 5: Bob Menendez vs. the U.S. Department of Justice