Two Jersey City Democratic Organization members are suing the local Democratic party, as well as their outgoing Chair Vincent Prieto, alleging that he is trying to invite “chaos, disorganization and mischief” at Tuesday’s vote.Â 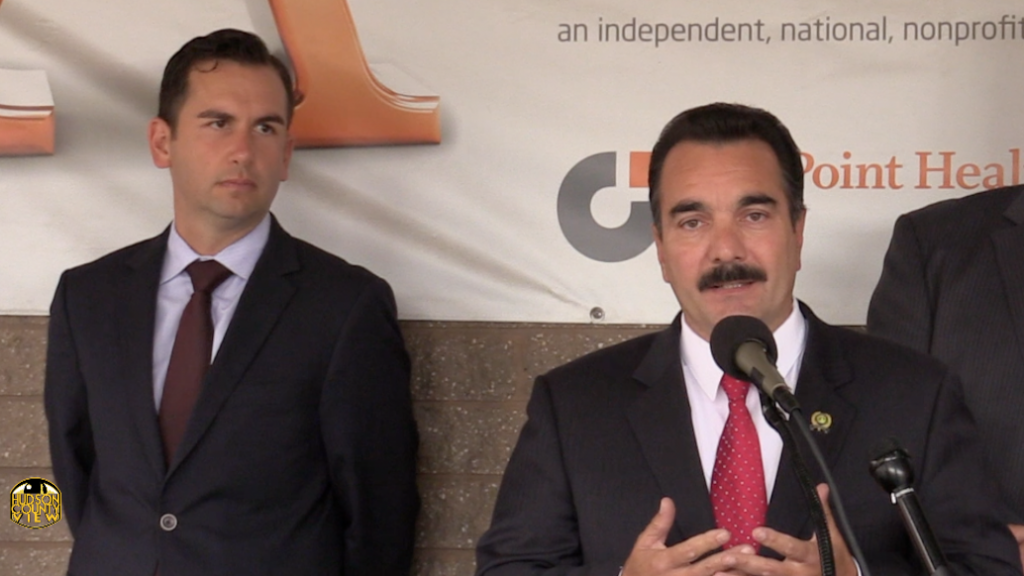 The lawsuit, filed yesterday by three attorneys from Genova Burns LLC on behalf of Jeff Dublin and Stephanie Daniels, says Prieto’s lack of correspondence regarding the meeting agenda is meant to create an unfair playing field.

“Other than the order of business above, the By-Laws are silent as to the rules and procedures governing the Organizational meeting and silent with regard to matters related to the process to confirm the identity and eligibility of those County Committee members who may be permitted to vote and participate at the HCDO Organizational Meeting,” the suit says.

The suit also contends that the committees for creating credentials, standing rules and a program, respectively, for the HCDO have not been established – a violation of Robert’s Rules.

“The failure to have done so will invite chaos, disorganization and mischief at the Organization Meeting, at the Defendants have not put in place, prior thereto, a neutral or unbiased means to ensure the integrity of the process to be employed for the election of a Chairman …”

State Senator (D-33)/Union City Mayor Brian Stack, who will run against Jersey City Board of Education Trustee Amy DeGise, County Executive Tom DeGises’s daughter, on Tuesday, said Prieto’s silence on the matter shows he is willing to break the rules to play favorites.

“It is clear that we have the support to secure the Chairmanship. Is current Chairman Vinny Prieto adhering to the wishes of the bosses and refusing to meet with our team to discuss the rules that will govern the reorganization meeting?,” Stack said in a statement.

“It is unnerving that this process, led by the HCDO and its bosses, lacks transparency, is rooted in secrecy and invites suspicion that this is all designed to confuse Committee members when exercising their right to vote for the candidate of their choice . My supporters are outraged.â€œ

The lawsuit wants a Hudson County Superior Court judge to force HCDO officials to meet with Stack and Amy DeGise prior to Tuesday’s vote to establish the ground rules.

Prieto announced on Thursday that the reorg meeting will be held at Kearny High School Tuesday at 7 p.m., a move that Stack had previously opposed.

The hotly contested race has largely centered around two schools of thought:

Stack says allowing the younger DeGise to run the HCDO would further empower the county’s current “party bosses,” while Amy DeGise has said Stack’s 2013 endorsement of Republican Gov. Chris Christie shows he’s only in business for himself and doesn’t truly embrace Democratic ideals.

Regardless of the winner of the June 12th vote, this year’s meeting is a stark contrast to 2015: when Prieto was elected to his third term as HCDO chair and Hudson Dems appeared ready to embrace a Fulop gubernatorial run in 2017 (which never came to fruition).

In a statement, Prieto was dismissive of the lawsuit, saying that it was much ado about nothing.

“Tuesday’s meeting will be conducted according to the bylaws of the Hudson County Democratic Organization, just as all previous reorganization meetings have been run. There are no official candidates for the position of Chair until the nominations are opened to the floor at the meeting,” he said.

“All parties involved in this process are aware of these facts, and as Chairman I am committed to operating a fair process that conforms to HCDO bylaws and all applicable state law.”

In a separate statement, Amy DeGise threw Stack’s accusation back at him, calling him a “desperate candidate who doesn’t have the votes.”

“Brian Stack is doing what any desperate candidate who doesn’t have the votes does at this stage of the game, especially one who isn’t used to having someone stand up to him,” she said.

“He’s crying foul about the process and trying to muddy the waters with legal challenges and political spin. I’m remaining focused on meeting with committee members and working to earn their support and won’t be distracted by Stack or his attorneys.”

Editor’s Note: This story was updated with comments from Vincent Prieto and Amy DeGise.