11 more Hudson County officials, 10 from Jersey City and one from Union City, are joining to coalition to oust Tom DeGise at county executive next year.Â 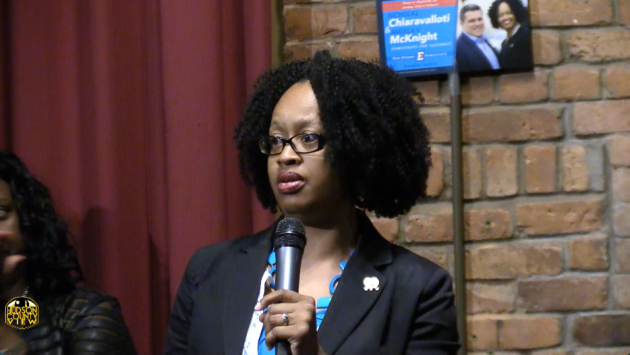 “As representatives from various and diverse communities, we look forward to working with a county government that represents our ideals and we will commit the necessary resources to ensuring that such change occurs in the office of the Hudson County Executive.”

The new names hopping on board with the anti-DeGise faction aren’t exactly a monumental surprise, as all the Jersey City officials are allies of Fulop, while Rivas is close with Stack -even though he is not seeking re-election as a commissioner this year.

Fulop and Stack dropped the sledgehammer on DeGise yesterday that they would not be supporting his re-election bid next year, with Bhalla and Roque quickly following suit.

Despite the opposition, the incumbent has expressed no interest in standing down, with U.S. Rep. Albio Sires (D-8), state Senator (D-33)/North Bergen Mayor Nick Sacco and Bayonne Mayor Jimmy Davis leading the charge among those who still support DeGise.

DeGise gives his annual State of the County at 5 p.m. today, a scene that Hudson County politicos are not going to want to miss in light of what seems to be an inevitable civil war in 2019.

Election Day 2022: The biggest winners and losers in the Bayonne...