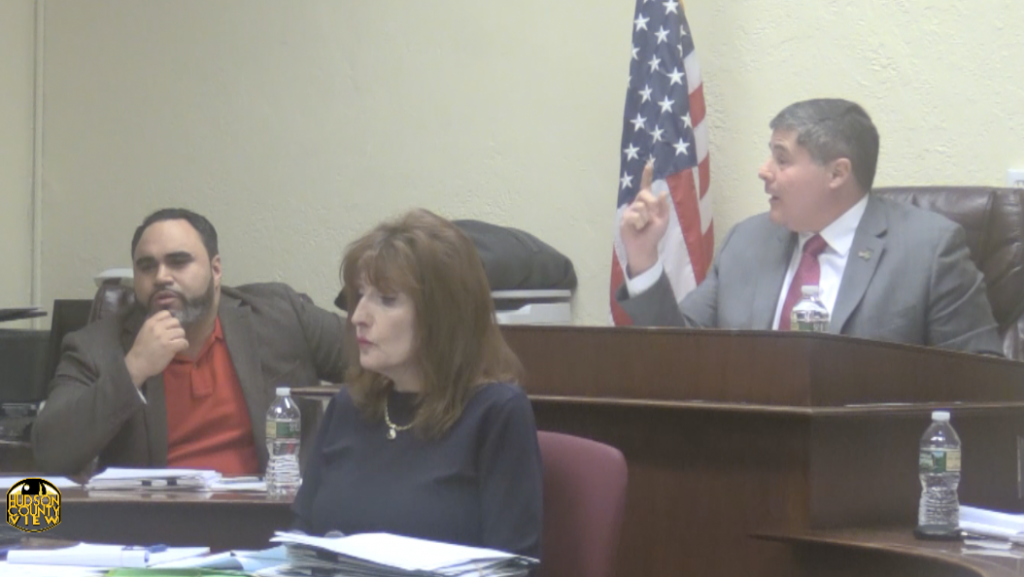 â€œThe hypocrisy Mayor Roque has shown in pushing this ridiculous and illegal plan just weeks after he blocked the town from putting much-needed cameras in McEldowney Field is baffling,â€ Rodriguez said in a statement released this morning.

Rodriguez has previously accused Roque of politicizing the death of Steven Flores, 19-year-old Union City man who was murdered near the intersection of 61st Street and Park Avenue back in December.

Meanwhile, Roque has said that Flores’ death was a tragic wake up call that made him realize that the town has to do more to prevent violent crime.

Last month, the West New York Board of Commissioners voted on the second reading of an ordinance that would’ve allowed the town to bond for just under four million dollars, the majority of which would have gone towards Miller Stadium improvements.

The measure needed four votes instead of the usual majority (three) since the legislative action required the town to bond.

Roque, citing the possibility of an unnecessary burden on taxpayers, voted no, while Department of Public Works Commissioner Susan Colacurcio abstained.

Based on a copy of the ordinance, Rodriguez’s assertion was correct: the plan called for adding a video surveillance system to McEldowney Park.

The document doesn’t say how much the surveillance system alone would’ve cost, but the restorations/upgrades as a whole were earmarked at $1,380,000 – with $886,000 coming from grant money.

In response, Roque appeared fit to be tied with Rodriguez’s accusations and was quick to return fire in his own statement.

“There was nothing illegal about this resolution as it directed the purchasing department to comply with purchasing requirements and prepare the necessary public proposals in compliance with the law,” the mayor began.

“In their dishonest press release, Rodriguez criticized [us] for voting down a proposal by Rodriguez and his commissioners which would have indebted the Town of West New York to the tune of $7million dollars and only provided cameras for one park in our municipality.”

Roque continued that he had to vote the way he did in order to maintain his pledge of keeping taxes stable and called Rodriguez’s notion “hypocritical” since it would be “35 times more expensive” than what he introduced at last week’s board of commissioners meeting.

There, the governing body voted down an add-on resolution introduced by Roque and seconded by Colacurcio that called for adding a roughly $500,000 security camera system throughout town.

That measure failed by a vote of 2-3, with only Roque and Colacurcio voting yes, and the angst over the situation spilled into the streets of West New York the following day, as HCV first reported.

According to a copy of the resolution, Roque’s claims were also accurate, as it says that “the Mayor and Board of Commissioners wish to receive an[d] consider proposals for for the installation of a Video Camera Surveillance System.”

“Now, therefore be it resolved, by the Mayor and the Board of Commissioners of the Town of West New York that the Purchasing Department and Town Clerk are herein directed to prepare, publish and advertise [a] request for proposals for the acquisition and installation” of the video surveillance system, the resolution states.

The estimated cost to provide security cameras at 21 different locations throughout town is $500,000 and Roque reiterated that such an endeavor would help reduce “drugs, gangs and crime.”

Roque is seeking a third term in the May 14th municipal elections, while Rodriguez is looking to unseat him.

The mayor is running with the “Continue the Progress” slate and Rodriguez is at the top of the “New Beginnings West New York ticket.

Backed by Cunningham, Hoboken’s Giattino kicks off re-election bid in the...