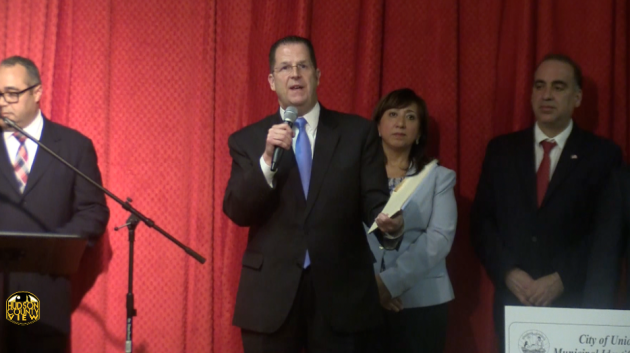 Facing a game opponent in Salem County Republican Chair Fran Grenier, Sweeney dialed in some North Jersey muscle to make sure an upset isn’t in the cards on November 7th, the report said, showing pictures of at least three buses loaded with campaign workers.

Grenier has received robust backing from the NJEA in this race, a given after Sweeney reneged on a promise to put a public worker pension question, as to whether or not it would receive more public funding, on the ballot last year.

To combat that influx of campaign cash, Sweeney dialed Stack’s number, one of his closest allies in the north who is known to have one of the largest, most aggressive campaign operations in the state.