A Fort Lee man arrested by the FBI yesterday on a charge of conspiracy to provide material support to the terrorist group ISIS was born in West New York, and also resided in Guttenberg and North Bergen into his teenage years, according to his Facebook page.Â

He made his initial court appearance this afternoon before U.S. Magistrate Judge Cathy L. Waldor of the District of New Jersey (Newark).

â€œMaterial support of a terrorist organization is a violation of federal law,â€ said Special Agent in Charge Richard Frankel in a statement.

â€œTopaz conspired to provide services and personnel to ISIL. Topaz discussed his desire to travel to Syria to join ISIL. Fortunately, this threat did not materialize due to the indefatigable efforts of the FBIâ€™s Joint Terrorism Task Force.”

“Prevention of terrorism is the FBIâ€™s top priority and I ask the citizens of New Jersey to assist us in this task by remaining vigilant and contacting the FBI or the police if they see or hear anything suspicious.â€

Based on his Facebook page, where he changed the page URL to say “The Angel of Carnage,” Topaz was born in West New York and also lived in Guttenberg and North Bergen for years before moving to Fort Lee. 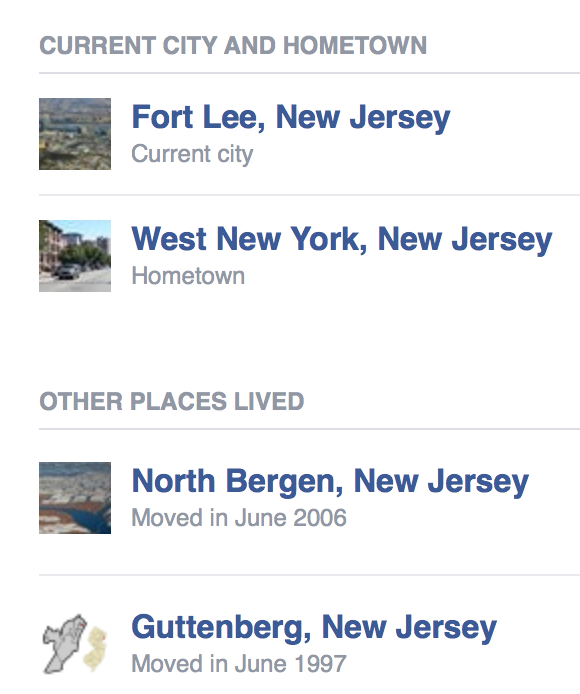 The FBI and the Joint Terrorism Task Force (JTTF) have been investigating a group of individuals from New York and New Jersey who have allegedly conspired to provide material support to ISIL, authorities said.

On May 1, Topaz discussed CC-1’s plan to travel overseas to join ISIL. CC-1 sent Topaz a message stating that he would be leaving in a few days and asked, â€œ[d]id you do what i [sic] advised you to do,â€ officials said.

Topaz responded, â€œIâ€™m saving my money for it bro trust me I got it,â€ according to court documents.

On May 4, Topaz allegedly stated that he had his passport, but needed cash to purchase his ticket.

CC-2 replied, â€œMy trip is looking months away[.] if u can take a loan out for 5k or even 2.5k then ur [sic] good, they take U.S. dollars in dawla so u can eat and buy stuff, and they provide u with housing when u reach the land of Islam,â€ authorities said.

Topaz and CC-2 then discussed that they would be reuniting with CC-1 in Turkey before going to the dawla. CC-2 stated that CC-1 would go first, and then they would join him soon thereafter.

On May 21, Topaz and CC-3 discussed that they needed to â€œlay lowâ€ and refrain from taking action in furtherance of the conspiracy to provide material support to ISIL that might be detected by law enforcement, according to officials.

Topaz also allegedly told CC-3 that they need to discuss â€œhijraâ€ in person. Topaz later told members of the JTTF that he and his conspirators used the term â€œhijraâ€ (often spelled â€œhijrahâ€) to refer to traveling overseas to join ISIL.

On June 13, CC-2 was arrested by the FBI and charged in a criminal complaint filed with the U.S. District Court of the Eastern District of New York with conspiring to provide material support to ISIL.

On June 15, Topaz allegedly wrote to an unidentified individual that CC-2 had not been answering his phone and added, â€œWe gotta leave ASAP.â€

In the criminal complaint, an individual identified as simply “Person A” said they had become concerned with Topaz as far back as January of this year, telling the FBI and the JTTF on April 15 CC-1 and CC-2 are “trying to recruit” Topaz by “praying” on his insecurities and “pain.”

In a Facebook post from April 9, Topaz shared a photo from the group “United Muslim World” explaining terminology related to Islam, with the caption “for those who want to know.” 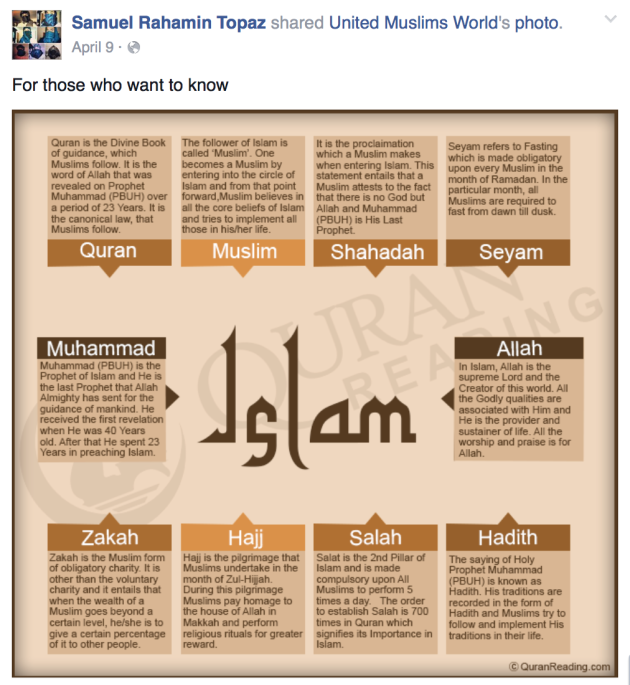 In another interview with federal law enforcement on May 1, Person A added that Topaz had no interest in attending community college since “they” had promised him $700 a week and four wives, the complaint says.

A search warrant executed by the FBI on one of CC-1’s social media accounts revealed a plethora of information, including a search for airline tickets to Turkey and a visit to a website that hosts “an ISIL propaganda video” – which “depicts ISIL militants engaging in bombings, shootings, executions, kidnappings and beheadings.”

After executing search warrants at Topaz’s home on Wednesday, he allegedly admitted to authorities that he sympathized with ISIL activities, watched ISIL videos (including beheadings) and admitted to his plan to join ISIL, among other things, according to the criminal complaint.

The count of conspiracy to provide material support to a designated foreign terrorist organization carries a maximum potential penalty of 15 years in prison and a fine of $250,000.

Topaz was also the lead singer of the alternative rock band Ninth Minute, based out of Englewood. He also auditioned for the reality TV singing competition “The Voice” back in August 2013.

A copy of Topaz’s criminal complaint can be read here.