With the support of four mayors, Hudson County Executive Tom DeGise has written a letter to New Jersey Department of Health Commissioner Judy Persichilli to ask for help to find “financial solutions” that will allow CarePoint Health’s three hospitals to continue operations. 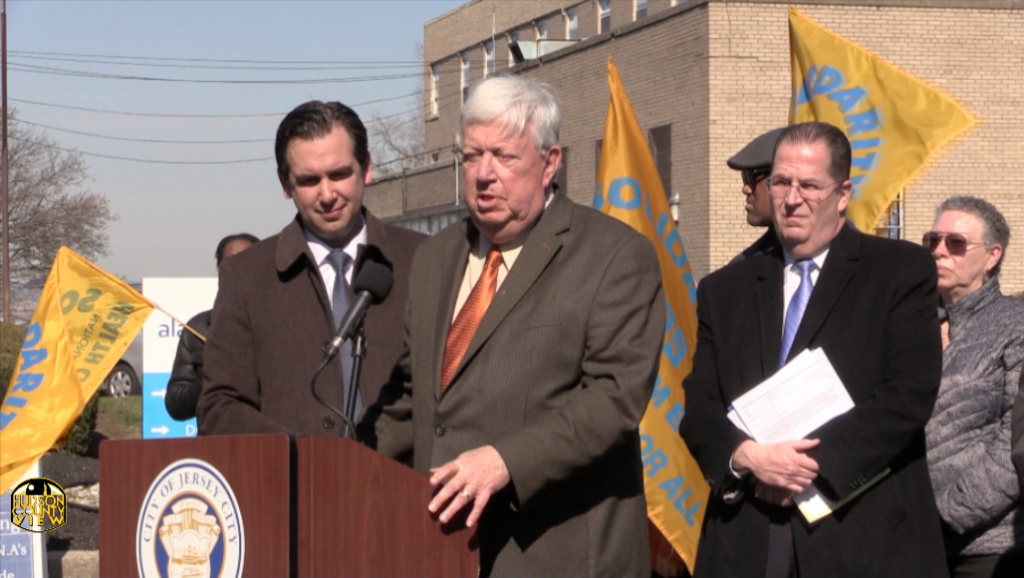 “Existing regulations under the Healthcare Facilities Planning Act … confer upon you the power and authority to compel [CarePoint] to provide information that will be essential to our appraisal of the value of the facilities in an eminent domain proceeding and a feasibility analysis regarding a structure for continued operations,” DeGise wrote yesterday.

” … We believe that you have extraordinary and necessary powers that will aid us in our effort to compel transparency and accountability and seek financial solutions to preserve these essential facilities for our residents.”

The letter, which had been rumored to be in the works for a few days, comes after CarePoint filed a lawsuit against Hudson Regional Hospital, seeking temporary relief after both parties announced they had closed on a major deal within minutes of each other on Tuesday.

CarePoint said that BMC Hospital LLC was on their way to take over operations of the Bayonne Medical Center, while HRH said they had signed a $220 million land deal to acquire the properties at the BMC and Hoboken University Medical Center – both owned by the head of Alaris Health, Avery Eisenreich.

The lawsuit alleges that HRH violated a confidentiality agreement after they had lost a bid on the BMC, as well as interfering with the sale of that facility.

DeGise also wrote that any of the three hospitals are “at a risk of evaporating” due to the now bitter feud between CarePoint and HRH, though HRH President and CEO Dr. Nizar Kifaieh has already said that HRH’s offer to CarePoint is for all of their facilities.

Last month, the Hudson County Board of Chosen Freeholders approved theÂ use of eminent domain on the parcels of land owned by Eisenreich.

Additionally, back in March, elected leaders, including those mentioned above, said that Eisenreich was holding up the a sale between CarePoint and Robert Wood Johnson Barnabas Health by asking for $300 million for the hospital property he owns.

The NJ DOH could not immediately be reached for comment on Saturday.