West New York Board of Education Trustee Joan Palermo, who won the first town school board election in decades back in January 2014, has resigned from the post due to “personal and professional commitments.” “By this letter, I hereby tender my resignation as Trustee of the West New York Board of Education, effective immediately,” PalermoÂ wrote in an April 7th letter addressed to West New York School Business Administrator Dean Austin.

“Regrettably, personal and professional commitments have made it impossible for me to continue to serve effectively at this time, and after much consideration, I have come to this decision.”

Palermo also called it “an honor” to be elected to the board just over two years ago, also expressing thanks for “the opportunity to serve and become acquainted with some of the fine professionals who work in the school district.”

She confirmed that the letter was authentic when reached by Hudson County View this morning, but declined to comment further. Her term was set to expire at the end of this year.

A replacement for Palermo will now be decided via a board appointment at a date to be determined, likely the May meeting as long as her resignation is approved at Wednesday’s meeting.

The last time this occurred was October 2014, when Lorena Portillo was appointed to replace former Board President Vilma Reyes.

Palermo’s 2014 running mate, Matthew Cheng, pulled off a major upset by winning re-election in November, despite hosting no fundraisers and spending such little money on his campaign he didn’t even need to file an account with the state Election Law Enforcement Commission (ELEC). 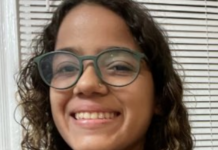