Tamika Palmer, the mother of the renowned Breonna Taylor, spoke at Hudson County Community College during a Zoom call hosted as part of their ongoing Speaker Series. 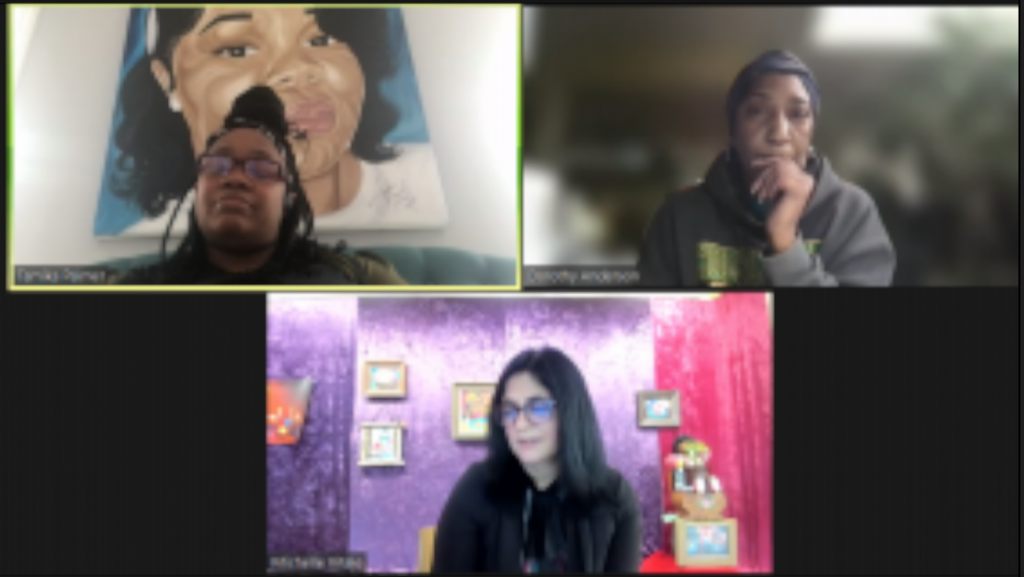 On March 13, 2020, Taylor was killed by members of the Louisville, KY Police Department who were investigating her ex-boyfriend and believed he had store large quantities of drugs in their home.  Nothing was found in the wake of her death.

“I’m humbled and honored to welcome Ms. Tamika Palmer. My most sincere condolences for you.,” HCCC President Christopher Reber said.

“This atrocity of injustice did not occur in isolation … We need to do more.”

Reber also called it a “moral imperative” to remember those like Taylor, George Floyd, and Trayvon Martin, reading their names aloud before the program began.

HCCC Director of the Department of Cultural Affairs Michelle Vitale and Assistant Professor of History Dorothy Anderson co-moderated the panel.

Jersey City Councilman-at-Large Rolando Lavarro submitted a statement read by Vitale, which said “We convey our condolences to Ms. Palmer. Our thoughts and prayers are with her and her family. We want Ms. Palmer to know Jersey City grieves Breonna.”

Vitale asked how the local government officials treated her in the immediate wake of her daughter’s death.

She said he later learned that on TV that Breonna had been killed hours later.

“The first time I had even heard from the ever mayor, it was during the protests – [they] were getting bad. Then they finally wanted to talk to me. ‘We need your help, you know, to get these people to go home,’” Palmer recalled.

“Which I thought was insane. At the time, I just felt disrespected. And for that to be the first time to even address me was because you needed something. It wasn’t because you were concerned about what happened or how I felt.”

It was noted in the wake of Taylor’s death laws were passed to strengthen Louisville, KY’s Civilian Complain Review Board (CCRB). Many advocates in Jersey City have sought to pass similar reforms, though legal obstacles have slowed the process.

“I definitely think the changes were well overdue … It’s needed to happen for so long,” Palmer said, though continued “if you pass this thing in Louisville, but if Kentucky itself doesn’t abide by it, we still have a problem.”

“It doesn’t just happen in Louisville …We don’t know what they’re able to sweep under the rug. There’s no repercussions. There’s no accountability.”

Palmer also took the time to reflect on how people can honor her daughter’s legacy.

“In each city, you can find so much work to do: continue to fight, the good fight. To honor Breonna is to keep going. To keep people remembering her name… and what happened to her.”

“Change will have to come through us, through all of us, and you will be a leader of that change for us,” chimed in Anderson.

Remembering what her daughter was like, Palmer said she was always focused on her tasks at hand, ready to help someone in need, and stayed out of trouble in school.

Taylor had become an EMT with the ultimate goal of becoming a nurse.

“Where do you get the courage to keep fighting for justice?” Vitale asked

“I get up, and I try. Some days it’s better than others. The overwhelming support keeps me going. To know that people who never met her love her now, people who never even crossed paths with her have this connection with her.”

“We always had this sense of people trying to muzzle us as if we didn’t matter. Breonna woke up something in the whole world.”

Anderson said that Taylor could have been her sister and that she “was not a thug,” prompting Palmer to say that the mainstream media initially tried to portray her in that light.

“What hope and concerts do u have for the coming administration with the promise of police reform?” asked student Gerardo Leal regarding the Biden Administration.

“They ran their campaign on a lot of promises that they were going to do. I got to believe that we’re at the point that something is going to be done,” Palmer said.

“We can’t be afraid when this dies to down to keep having these discussions. There will be another story.”