Hudson County Board of Commissioners Chair Anthony Vainieri (D-8) is poised to the next chair of the local Democratic party, with Craig Guy, the chief of staff to County Executive Tom DeGise, in the mix to succeed him. 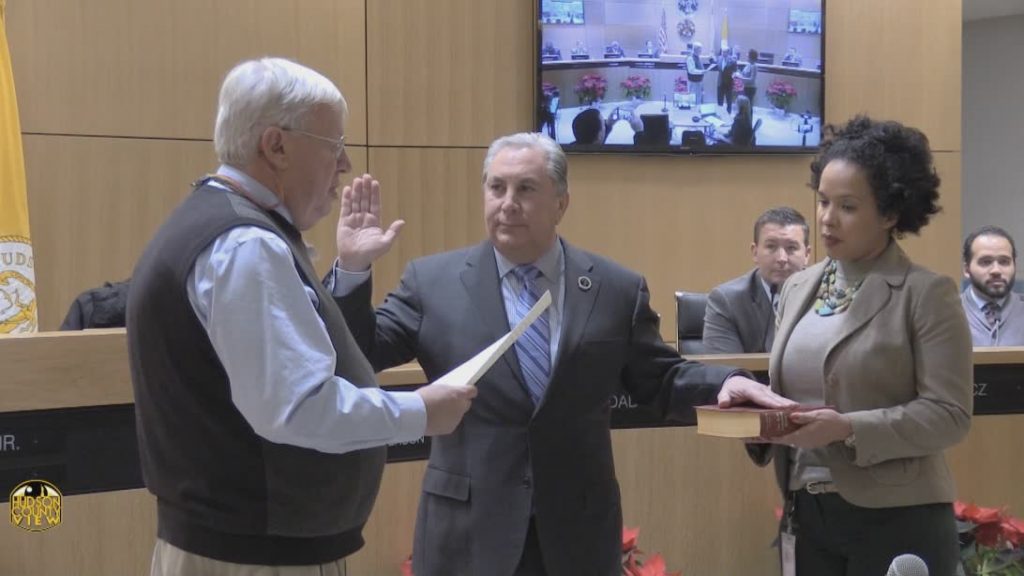 “It would be an honor if I got it, an absolute honor. I’ve been a member of the HCDO since I was 18 years old. I have my mayor’s support and whether I get it or not, I’m still going to support the party,” Vainieri said over the phone this afternoon.

Vainieri is in his sixth term as the chair of the county commissioner board and also serves as the chief of staff to North Bergen Mayor Nick Sacco (also the state senator of the 32nd Legislative District), as well as a former chair of the North Bergen Zoning Board of Adjustment.

He is often floated as a potential North Bergen commissioner, which would be likely if Revenue and Finance Commissioner Julio Marenco heads to the state Assembly and/or if Department of Public Works Commissioner Frank Gargiulo retires.

After unexpectedly getting redistricted into the 33rd Legislative District on Friday, Sacco endorsed state Senator Brian Stack (also the Union City mayor) for re-election next year, with part of the deal including North Bergen picking an Assembly seat, as HCV first reported.

The North Bergen municipal elections are in May 2023, one month before the legislative primaries.

If all goes as planned this June, Vainieri would succeed Jersey City Councilwoman-at-Large Amy DeGise, who upset Stack in the 2018 HCDO chair race that ended a civil war between the party.

Her term was extended from two-year term to a four-year term due to the coronavirus pandemic. She did not immediately return a text message or call seeking comment.

Along with the 2023 legislative races, county officials are trying to reach a consensus on who will run for county executive if Tom DeGise, who has held the post 2002, decides not seek re-election in June, which appears overwhelmingly likely.

According to Vainieri, Guy is at the head of the pack right now and he would back him if he runs.

“I would support him, he’s definitely one of the candidates and a frontrunner for it,” he said.

Sources with knowledge of the situation, who spoke under the condition of anonymity, said Guy had shored up support from the Democratic leaders in North Hudson, as well as in Bayonne.