A Union City landlord filed a federal lawsuit last month alleging that the city illegally took over his property at 130 40th Street after what is described as a politically connected tenant complained about the conditions of her apartment. 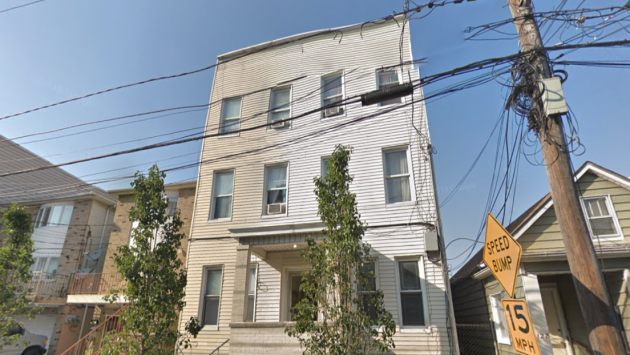 “The acrimony between Plaintiff and Union City arose out of a disgruntled tenant. The tenant claimed that Plaintiff, as landlord, had been dilatory in making repairs to the premises,” the 34-page lawsuit, filed in U.S. District Federal Court of New Jersey on September 10th, says.

Zaky Tadros, a Bayonne native, says through the court filing, which names Mayor Brian Stack, the board of commissioners, and Construction Official Marty Martinetti, says that Union City sought a receivership for the property for allegedly not meeting construction and fire codes.

According to his October 31st, 2016 registration statement cited in the federal lawsuit, the property netted Tadros a monthly income of $9,596.65 until a Hudson County Superior Court judge appointed a receiver, Corrado Belgiovine, who took control of the property on February 15th, 2017.

Belgiovine and his company, the Alexander Group NJ, LLC, are also named as defendants. Tadros alleges that by Belgiovine not renting any of the three ground floor apartments in years, he has lost $109,604.47 in rental income.

Overall, Tadros says that his 1st and 14th Amendment rights were violated, particularly through a taking clause conspiracy being enacted by all defendants. He is seeking compensatory and punitive damages, as well as attorney’s fees and any other relief the court deems just and equitable.

Union City spokeswoman Erin Knoedler says that Tadros refused to take the necessary steps to repair the property following a fire in 2014 and that he has filed this federal complaint as a last resort.

“Following a 2014 fire and discovery of numerous UCC violations, Union City sought the appointment of a statutory receiver to safeguard the life, safety and health of the residents and neighbors at 130 40th Street. Despite being provided an opportunity to commence the necessary repairs, the landlord has rejected responsibility for the condition of the property and litigated nearly every issue,” she said.

Since 2016 , Union City has been successful, including in multiple appearances before the Trial Division. Recently all decisions of the trial court have been upheld on appeal before the Appellate Division. Now, Union City has a judgment, in excess of $118,000 against this landlord, who has refused to pay a dime. After exhausting every avenue of relief in State courts, the landlord has concocted this federal action. The complaint against numerous elected and appointed officials is nothing more than frivolous and retaliatory. We are confident that we will be successful yet again.”

Hudson County Superior Court Judge Joseph A. Turula denied an order to show cause and dismissed a complaint, which had been filed by Tadros back on June 30th, back on September 11th – the day after the federal lawsuit was filed.

The City of Union City filed a motion to dismiss last week, though a judge has not ruled on that motion as of this writing.