Hudson County Executive Tom DeGise says that county officials won’t be discussing the next steps regarding their deal with U.S. Immigration and Customs Enforcement (ICE) until after the presidential race, though he feels former Vice President Joe Biden’s (D) administration would be an amicable partner. 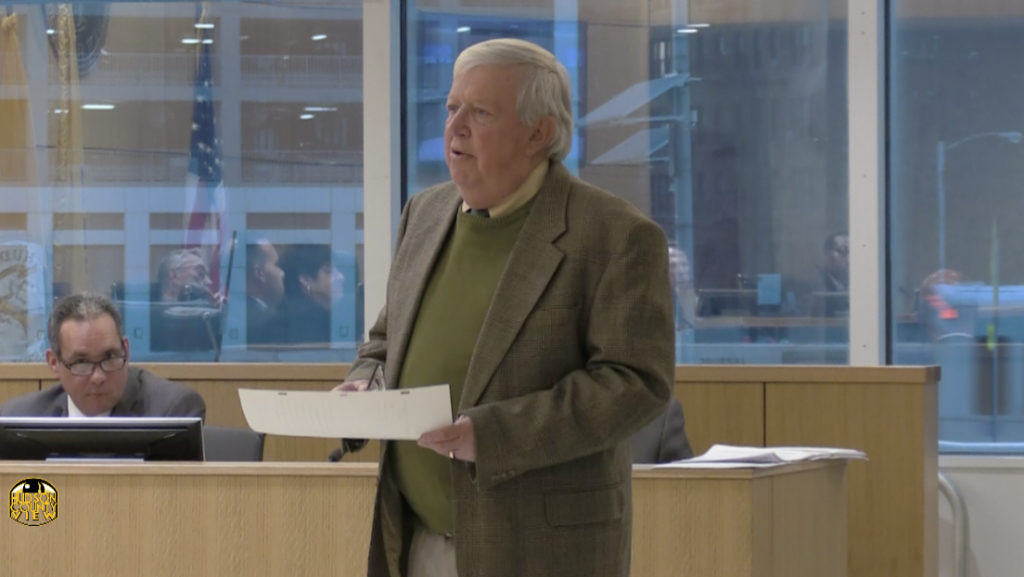 “We’ll deal with it then,” DeGise began in a phone interview on Friday, noting that no serious conversations have occurred yet and won’t until after tomorrow’s presidential race where Biden looks to unseat President Donald Trump (R).

“We’ve been providing that service to the feds since I believe 1996. I’m personally very optimistic that we’ll have a new president and we’ll have somebody that we can talk to. Right now, we don’t have that many detainees – they’ve stopped sending them. We’ll continue to meet our obligations and have a chance in the next month or so to talk to the new administration.”

Back in July 2018, the board of chosen freeholders extended a contract with ICE that allows them to detain immigrants at the county jail in Kearny for $120 per detainee, per day.

WNYC reported that could bring in up to $35 million a year in annual revenue, in the event that housing around 800 detainees remained constant.

While DeGise initially said “we’ll stick to our guns” shortly after the vote, about two months later, he announced that the county would phase out the ICE contract by the end of 2020.

Freeholder Chair Anthony Vainieri (D-8) admitted that he emailed an activist that he supported the ICE contract, however, said that he was being facetious after getting hundreds of emails on the subject over the past few weeks.

While he also noted that he was open about supporting the contract in 2018 during his re-election campaign this year, he still said he isn’t going to commit to a hypothetical agreement where many questions remain unanswered.

“I agree wholeheartedly with Tom DeGise. Secondly, I am being asked to vote on a contract that I do not have in front of me. Contracts can change: dollar amounts can be cut in half, they can be doubled,” Vainieri explained.

“I haven’t received one email from a person in North Bergen, Secaucus or anywhere else in my district. I ran saying I supported the ICE contract and won with over 83 percent of the vote.”

As he had previously, Vainieri also pointed out that if ICE detainees aren’t housed in Hudson County, they will go somewhere else: whether it be Bergen or Essex Counties or as far away as Texas or Arizona.

The activist that the freeholder chairman spoke with via email was Abolish ICE in New Jersey and New York Organizer Jake Ephros, who said the group is still pushing for a meeting with DeGise and will continue to be against any deal with ICE.

“The movement to freedom, connected to abolish ICE, Black Lives Matter, among many others, in a county that is supposedly progressive – in a blue state with all Democrats in seats of power at the county level – ought to do way more and not ignore this issue,” Ephros stated.

“Right now is a particularly opportune time to shut it down because the [detainee] population is extremely low, something around 70, I believe. This is the moment where the revenue argument is even less acceptable than it normally would be.”

Jersey City Freeholder Bill O’Dea (D-2), the vice chair of the board, along with outgoing Freeholder Joel Torres (D-4), who didn’t seek re-election after being thrown off the Democratic party line, have both said they won’t vote for a new agreement with ICE.

“Nothing has convinced me to change my position from last time. If anything, now that there are less than 60 detainees at the facility, the argument made from a revenue perspective is no longer valid,” O’Dea told HCV.

Only O’Dea and Torres voted against the ICE contract put in front of the board in 2018.