The statue of the “Bayonne Bleeder” Chuck Wepner is set to be unveiled in the Peninsula City on November 12th, officials said this afternoon. 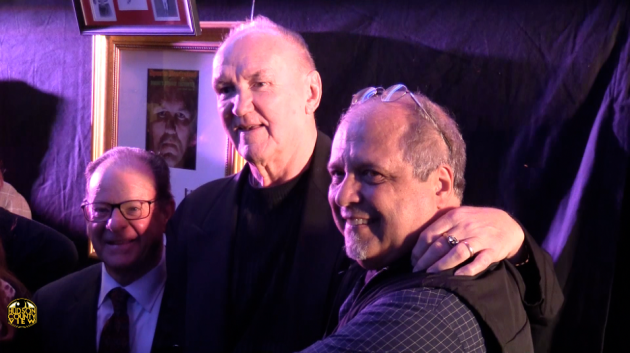 “The City of Bayonne is very proud of Chuck Wepner. We are very happy that he will be with us in person on November 12 to enjoy the long-awaited unveiling of the statue, which is sure to become a very popular attraction in Dennis P. Collins Park,” Mayor Jimmy Davis said in a statement.

Bayonne businessman Bruce Dillin spearheaded the effort to raise funds for the completion of the statue. Zhen Wu, a Chinese-born artist and Bayonne resident, made the 2,500 pound statue.

It took him six months to mold the clay which was then cast in bronze. The semi-retired Wu made the statue at no cost to the city after Dillin raised funds to complete the project.

Wepner held the USA New Jersey Heavyweight title and the National Americas Heavyweight title. In his most infamous bout, Wepner was 19 seconds short of going 15 rounds with the legendary Muhammed Ali in 1975.

Occasionally referred to as “The Brawler,” Wepner, who once fought pro wrestling legend  Andre the Giant, was the inspiration to the “Rocky” franchise, earning him the monicker of “The Real Rocky.”