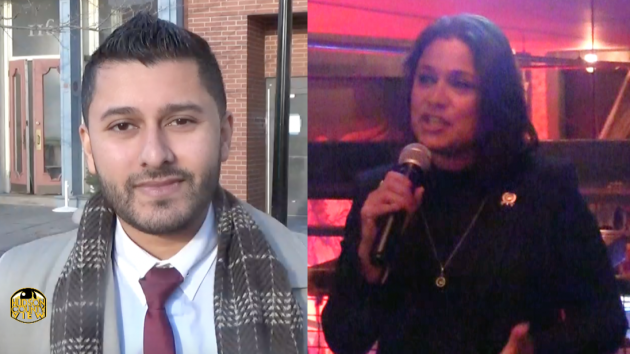 â€œCounty Executive Tom DeGise enjoys a distinguished and admirable record of public service, but itâ€™s time for a change,â€ the two state legislators said in a statement.

â€œWe join Mayor and Senator Stack and Mayors Fulop, Bhalla, and Roque in seeking to usher in a new era of leadership in New Jerseyâ€™s most densely populated county, which has the potential to be the economic engine of the region.â€

Their announcement is no surprise, given that they have both run on Stack’s ticket multiple times, three times for Mukherji and twice for Chaparro, and their district includes the Jersey City Heights, Hoboken and Weehawken.

In the midst of today’s nor’easter, Stack and Jersey City Mayor Steven Fulop created a snowball effect among Hudson politicos by announcing they would not back DeGise for another term.

They have since been joined by Hoboken Mayor Ravi Bhalla and West New York Mayor Felix Roque.

While things appear to be getting worse before they get better for the former Jersey City Council president, DeGise has already announced he will continue his re-election bid.