The St. Peter’s University Guarini Institute held a virtual panel yesterday to tackle topics such as fake news, conspiracy theories, and “the assault on truth.” 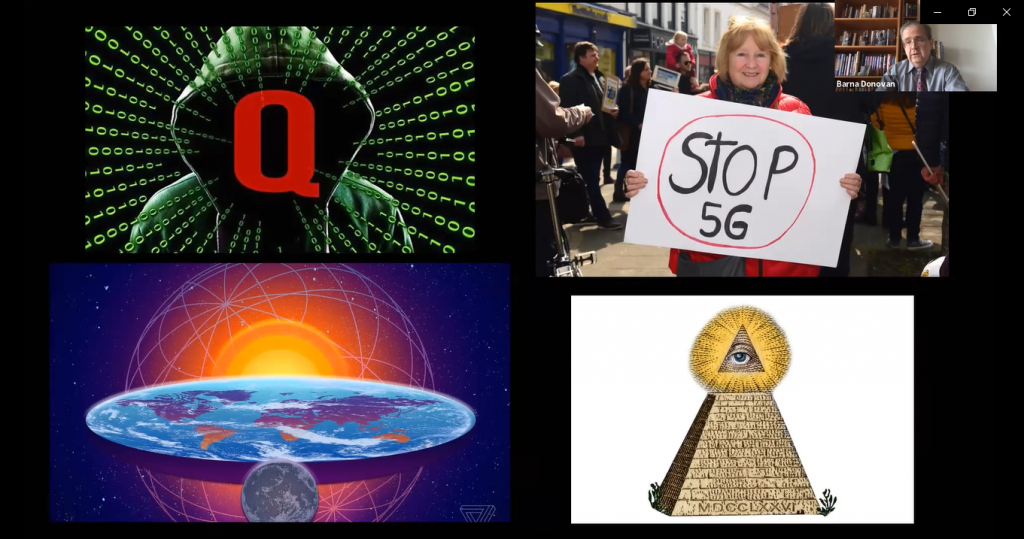 St. Peter’s professor and author Philip Plotch moderated the forum, which was conducted via Zoom. He said political conspiracies have proliferated in the United States since the President John F. Kennedy assassination.

Noah Rauch, the senior vice president of education and public programs at the National 9/11 Memorial and Museum, said that because so much time has passed, the younger generation does not remember the tragedy that occurred on September 11th, 2001.

Plotch said many began asking questions and did not believe in the official narrative of what occurred, with the notion that “9/11 was an inside job” becoming a common refrain.

1010 WINS radio station reporter John Wintone explained that covered the 9/11 on site. He also said the JFK assassination conspiracies were plausible in the wake of the Watergate scandal and misinformation on the Vietnam war.

Additionally, Barna Donovan, a professor with the university’s communications and media culture department, has studied the phenomena which have proliferated.

He said many people accuse news events of being caused by a conspiracy, despite scientific evidence to the contrary, pointing to QAnon as a prime example: an alleged group that consists of Satan-worshipping pedophiles who run a worldwide child sex-trafficking ring.

“They may need to feel superior,” Donovan said of people who feel alienated from society.

Donovan said education is the solution to halt the proliferation of conspiracy theories.

“We have to have an open mind to reason,” he added.

Muslims celebrating in Jersey City, among parts of New Jersey, in the  wake of 9/11 was another false conspiracy that has been debunked but it still widely believed, stated Montone.

“A good enterprising would have gone through the neighborhood and asked about it. It’s nothing. It’s an echo from one site to another site,” he said.

“What worries me is so little critical thinking is involved here,” Montone noted.

He added that 19 Al Qaeda affiliated terrorists committing such actions is scarier than any elaborate conspiracy theory.

Panelists also agreed that another problem with conspiracy theories is that they rely on the premise that a very important chain of events is able to be kept secret from the public.

Donovan said there is good money to be made spreading conspiracies, citing Alex Jones of Info Wars fame.

He explained that there is comfort in finding a conspiracy theory that explains a strange issue and an online community that shares that belief for people alienated from society.

Furthermore, Rauch stated that some people have an inherent bias against authority, which leads to a bias against mainstream news sites , which in turn causes social division, bad political decisions, and distrust in science.

“That’s a scary future to think about it,” he said.