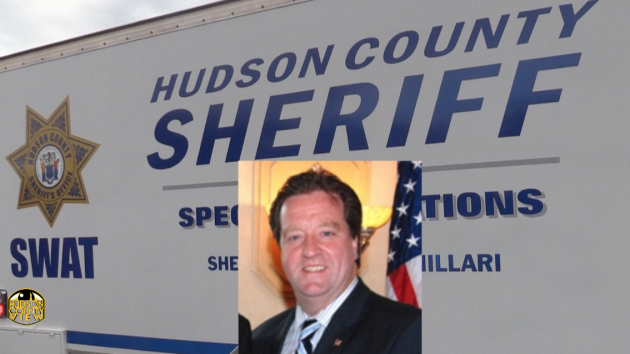 “I am pleased to welcome Mark Smith to the very important position of Director of Homeland Security for the Hudson County Sheriff’s Office,” Schillari said in a statement.

“I have known Mark for many years and have great respect for his outstanding law enforcement career with the Bayonne Police Department, where he earned many commendations for heroism, saving lives and outstanding police work. Mark also has significant public safety management experience and he will be a great asset to our office.”

Smith started his new gig today at a salary of $104,000, the sheriff’s office confirmed.

The last person to serve as homeland security director was Michael Razzoli, a retired Jersey City firefighter, who left the post in 2013, according to the Jersey City Independent.

Prior to the sheriff’s office confirming the hire, three sources, who spoke under the condition of anonymity since they were not authorized to speak on the matter, said Smith’s salary was at least $100,000.

Hudson County View reported last week that Smith was poised for a six-figure job at the sheriff’s office in the immediate future..

Smith unsuccessfully sought re-election against Jimmy Davis in 2014, eventually coming up short in the June runoff.

Late last year Smith said he was considering a rematch with Davis, but ultimately decided not to run again.