Four Guttenberg Department of Public Works employees, including the superintendent, were arrested on Tuesday for their alleged roles in a scheme to steal money out of parking meters, multiple sources told Hudson County View. 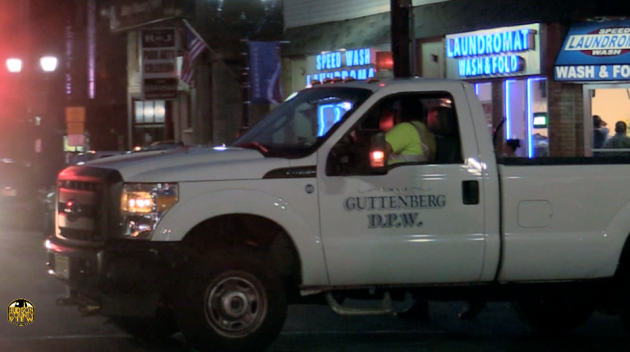 Guttenberg DPW Superintendent Kenneth DeGrushe, and his employees Scott Oâ€™Connor, Ronald Oriolo were all arrested by the Guttenberg Police Department on Tuesday for repeatedly stealing from parking meters, according to sources with knowledge of the situation who were not authorized to speak on the matter.

A fourth arrest was also made, but the employee’s name could not be disclosed due to an ongoing personnel matter.

The amount the men stole and the time frame in which the theft occurred has not yet been determined, but the arrests came after Guttenberg police ran a four-week surveillance on DPW employees, sources said.

All four men have been suspended without pay pending an investigation, which has now been handed over to the Hudson County Prosecutor’s Office, sources further explained.

The Guttenberg DPW has 14 employees, 12 regular workers, a supervisor and a superintendent. According to public records, DeGrushe has been working for the town since 2004 and earned a salary of $55,035 last year.

Additionally, Oriolo has been on the town payroll since 2007 and took home $31,185 in 2015. Salary and employment information for O’Connor was not immediately available.

Councilman Wayne Zitt, who oversees the department, deferred comment to the prosecutorâ€™s office, who confirmed that four Guttenberg DPW employees had been arrested but did not immediately have any further information available.