Jersey City Ward E Councilman James Solomon and the Mayor Steven Fulop administration are trading shots over the city’s plan to hire 23 new police officers – particularly whether or not this is happening in spite of a hiring freeze. 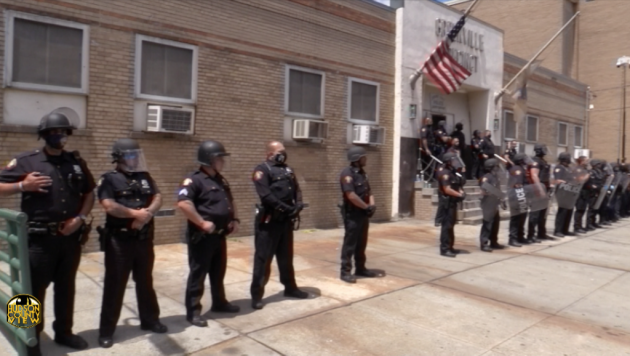 “Remember, the Mayor’s introduced budget includes $0 for community led anti-violence work AND a 75% cut to our Youth Enrichment division.”

The Downtown councilman continued that given that the Jersey City Police Department is already twice the size of cities of similar populations, as he noted when discussing police salaries in June, he would rather see that money go towards fully funding the youth program.

The resolution in question would allow 23 recruits to attend the Bergen County Law and Public Safety Institute through the end of the year at a cost of $32,085.

According to city spokeswoman Kimberly Wallace-Scalcione, Solomon’s description is misleading so that “he can pander for political points.”

“Unfortunately, during the pandemic, he was the only council member that didn’t participate in any of the weekly COVID update calls to discuss these specific issues, and had he done so he would likely have known what he is saying now is misleading,” she said in an email.

“First, these officers were hired prior to the pandemic in January, and secondly recreation funding was not cut, but rather the state’s health and safety mandates prohibited nearly all recreational programming – a majority of which is traditionally scheduled for the summer months when school is out. Thus, the funds went unused.”

Solomon remained undeterred in his point of view, saying that Wallace-Scalcione’s view point was “a whole lot of nonsense that avoids the core issue.”

“Mayor Fulop is pouring money into the JCPD instead of community-led anti-violence programs that are equally, if not more effective, than policing,” he added.

Last month’s council meeting featured dozens of speakers calling to defund the police, hours after the city swore in a new class of 15 officers.

Nevertheless, Fulop has remained steadfast that he has no plans to layoff local police officers, stating in a July 16th interview that he believes public safety and social services can function collaboratively.

“I don’t subscribe to the view of laying off police officers just because that’s what the moment is speaking to,” the mayor said at the time.

The Jersey City Council will convene at 6 p.m. this evening via Microsoft Teams.