U.S. Rep. Albio Sires (D-8) is weighing in on the two massing shooting in El Paso, Texas and Dayton, Ohio in the past 24 hours that have claimed dozens of lives, exclaiming “how many people have to die before we do more than tweet condolences?” 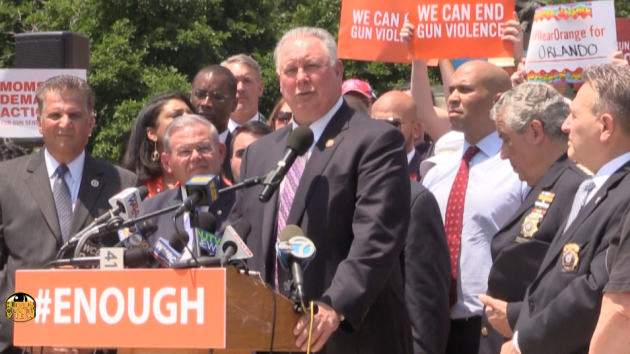 â€œMy heart goes out to the victims, survivors, and loved ones in El Paso, Texas and Dayton, Ohio. It breaks my heart that these two communities have been torn apart by gun violence in just the last 24 hours,” Sires said in a statement.

“How many people have to die before we do more than tweet condolences and instead demand that we come together, across the aisle, and do what is best for all of our constituents by getting common sense gun reform signed into law? People shouldnâ€™t live in fear that they could be killed at school, a movie theater, a Walmart, or a bar.”

Sires added that “we must remember the humanity in each of the victims and fight against the hate that has become all too common in our society,” noting that is why he always supports bills that would expand background checks and ban high capacity weapons.

Yesterday, 20 people were murdered, with another 26 people injured, at a shopping center in El Paso, CNN reported.

The TV station also revealed that 21-year-old suspect Patrick Crusius is in custody and that authorities are treating the incident as an act of domestic terrorism and therefore seeking the death penalty.

Just nine hours later, nine people were killed, along with 27 injured, before the gunman, 24-year-old Connor Betts, was shot to death by police, CBS News reports.

The outlet further stated that Betts used an assault-style rifle with high capacity magazines and was wearing body armor during the incident, which occurred outside a bar.

President Donald Trump (R) tweeted that federal, state and local authorities are working together in both incidents and updates will be provided as they become available.

The FBI, local and state law enforcement are working together in El Paso and in Dayton, Ohio. Information is rapidly being accumulated in Dayton. Much has already be learned in El Paso. Law enforcement was very rapid in both instances. Updates will be given throughout the day!

Op-Ed: Vaccinations are the best way to prevent the severe impacts of COVID-19, Hoboken BA says

Bayonne draws hundreds to DiDomenico Park for National Night Out