U.S. Rep. Albio Sires (D-8) is expected to retire after eight terms and Rob Menendez, Jr., a commissioner on the Port Authority board and the son of U.S. Senator Bob Menendez (D-NJ), is the leading name to succeed him. 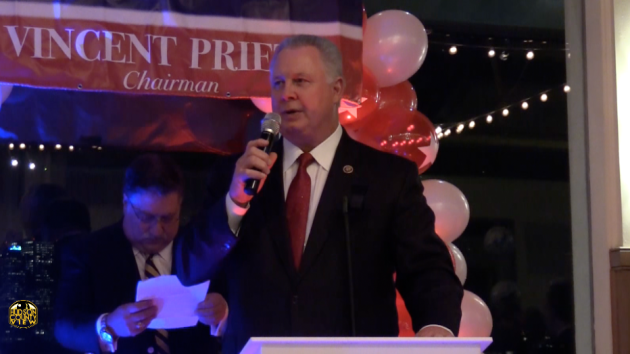 “I’ve been in Congress 16 years and politics over 30 years and I just think it’s time to step down. The traveling gets to me and I’m going to make a formal announcement in January,” the congressman told HCV this morning.

Sires who turns 71 next month, made calls last week indicating he would not be seeking re-election in June, according to multiple sources with knowledge of the situation who spoke under the condition and anonymity.

Late this afternoon, Sires decided not to wait and put out a formal statement announcing his candidacy, calling being able to serve in the House “the honor of a lifetime.”

“As a senior member of the House Committee on Transportation and Infrastructure, I consider the recent passing of the Infrastructure Investment and Jobs Act and the billions of dollars we are delivering to fix New Jersey’s infrastructure – including the Hudson River Tunnels – as the capstone to a career of service,” he said.

I’m also incredibly proud to have voted for the transformational Build Back Better Act – a historic investment in our nation’s future. From my service as Mayor of West New York, to my time in the New Jersey State Legislature – including as the first Hispanic Speaker of the New Jersey General Assembly – to my service in Congress, I have always put our hard-working families first.”

The former West New York mayor and state assembly speaker expressed disinterest in being a part of the House with a Republican majority, an outcome that is widely expected after next year’s midterm elections in November.

Menendez, Jr. is a pick that may not be unanimously well received among the Hudson County Democratic Organization, though he may be the closest option available to a consensus pick despite the Menendezs icy relationship with Jersey City Mayor Steven Fulop.

The filing deadline is not until April 1st.

Regardless of which direction the HCDO goes in, the progressive wing of the party will certainly field a candidate as they did in 2020.

In that race, Hector Oseguera secured 18,557 votes, good for 27.3 percent after running a blistering, fast-paced campaign.

Editor’s note: This story was updated with an additional statement from U.S. Rep. Albio Sires.