â€œOn Sunday afternoon at approximately 5:13 PM, my officers, along with North Bergen police, responded to 10th Street and Tonnelle Avenue (Route 1 & 9) on a report of a bicyclist [being[ struck by a vehicle,” Schillari said in a statement.

The bicyclist, 19, from Jersey City, came down the 10th Street hill out into the traffic on Tonnelle avenue without stopping. He was struck by a 2010 Dodge Charger, driven by a male North Bergen resident, who stopped and called 911, authorities said.

Schillari also said the crash remains under investigation by the Hudson County Sheriffâ€™s Office’s Crash Investigation Unit and no summonses have been issued to the driver. 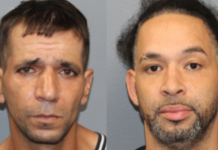