Rob Menendez, Jr. has formally kicked of his campaign for the 8th District congressional seat, stating he wanted to wait until the 1st anniversary of the January 6th attacks at the U.S. Capitol since it was “a generation defining moment.” 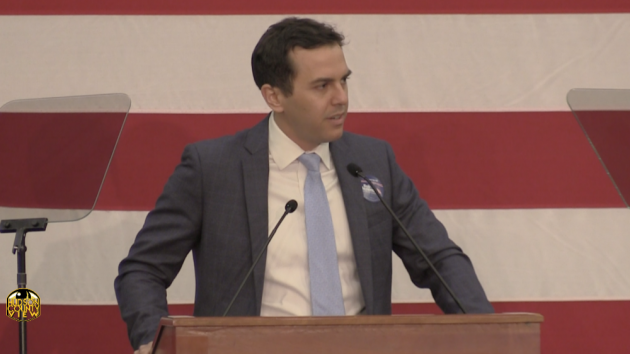 “This is a generation defining moment. How we move forward in a time of insurrection, global pandemic, and economic uncertainty will define the America we leave for our children to inherit and will take all of us working together to succeed,” he said in a statement.

“With our future, and our children’s future, at stake, we can no longer sit on the sidelines. That is why I am running for Congress and asking you to join with me in this fight. The assault on the Capitol was about a part of our country unwilling to accept that our nation is changing and holding on to a past that has left too many behind.”

While not officially declared until today, Menendez, Jr., a lawyer and the son of U.S. Senator Bob Menendez (D-NJ), was expected about two-and-a-half weeks ago when U.S. Rep. Albio Sires (D-8) said he’d be retiring and backed Menendez, Jr. as his successor.

The endorsements of many of the major local Democrats in Hudson and Union Counties, along with Gov. Phil Murphy (D) and U.S. Senator Cory Booker (D-NJ), followed shortly thereafter.

Menendez, Jr., who is currently running unopposed, is counsel at Lowenstein Sandler, as well a Port Authority of New York and New Jersey commissioner and as a trustee of The Hudson School in Hoboken.

Poll: Who do you blame for the state government shutdown?