Many questions have risen in light of a controversial hire done in West New York Town Hall, a confidential aide for Mayor Felix Roque – a position that was not advertised and pays a salary of $110,000 a year. Manny Diaz was hired by the Town of West New York on January 17 of this year at a starting salary of $110,00, technically as a clerk even though he has been referred to as the confidential aide to the mayor, according to an Open Public Records Act (OPRA) request.

The same response says that both a copy of his resume and the corresponding job posting were “not acquired” in this instance, indicating that there was no interview process to facilitate Diaz’s hiring.

Roque, who also recently hired a new chief of staff in November, said Diaz has been a valuable asset to the town.

“This guy’s a hard worker. He gets a lot of things accomplished. He works hard for the town, he does his best. I tell the haters: please come to Town Hall and I’ll interview you and we’ll see if there’s an opportunity for you,” Roque said, even publicly offering up his cell phone number: 201-679-0829.

His initial remarks were in reference to a select few residents complaining about Diaz’s recent hire on Facebook.

“In the little time that he’s been there, projects on the waterfront are proceeding, he’s working on grants – he has a lot of prior knowledge. People feed on the negativity, but the town is taking on a new direction.”

Diaz, who worked at the North Hudson Community Action Corporation in Union City for over 15 years according to his LinkedIn page is also a disbarred attorney who began a federal prison sentence in 1999.

He was accused of cocaine trafficking and misusing clients’ funds, among other improprieties pertaining to his legal practice.

Roque acknowledged Diaz’s past indiscretions, but was dismissive of them and said he still has 100 percent confidence in his recent hire.

“Don’t judge a person on his past … a large percentage of people are in jail because they couldn’t afford to have legal assistance like I did,” Roque, who has beaten two indictments since 2013, explained.

“The reality of life is that Jesus Christ died on the cross because we all make mistakes. We got a good guy in Manny, I trust him 100 percent and I have the utmost confidence in him.Â  He’s got the best interests of the town at heart.”

Roque added that he’s extremely happy with the direction that his second term is moving in, further stating that he currently plans on seeking re-election in 2019.

In an email, Diaz admitted that he did not interview for the position, but he was under the impression that was part of the standard procedure in West New York and added that his time at NHCAC makes him quite capable and qualified.

“As far as I know there is no formal interview protocol established for hiring in the Town of WNY. Each commissioner handles hiring as they deem appropriate. In my case I have known the Mayor for years and he is familiar for my work ethic,” he said.

“For instance, during my 15 years at NHCAC, I started as a case worker earning $33,000 [a year[, rose to director of homeless programs and, more recently, 3 years ago, I was appointed to Senior management.”

“I then implemented a pharmacy program that provided affordable medicine to our patients and resulted in earning $500,000 new revenue for the company. That is the kind of drive I intend to bring to WNY. The mayor sat down with me told me his expectations and offered me the position.” 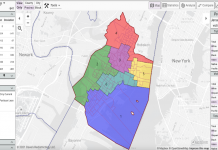 Over $500k spent on Bhalla’s mayoral campaign leading up to historic...