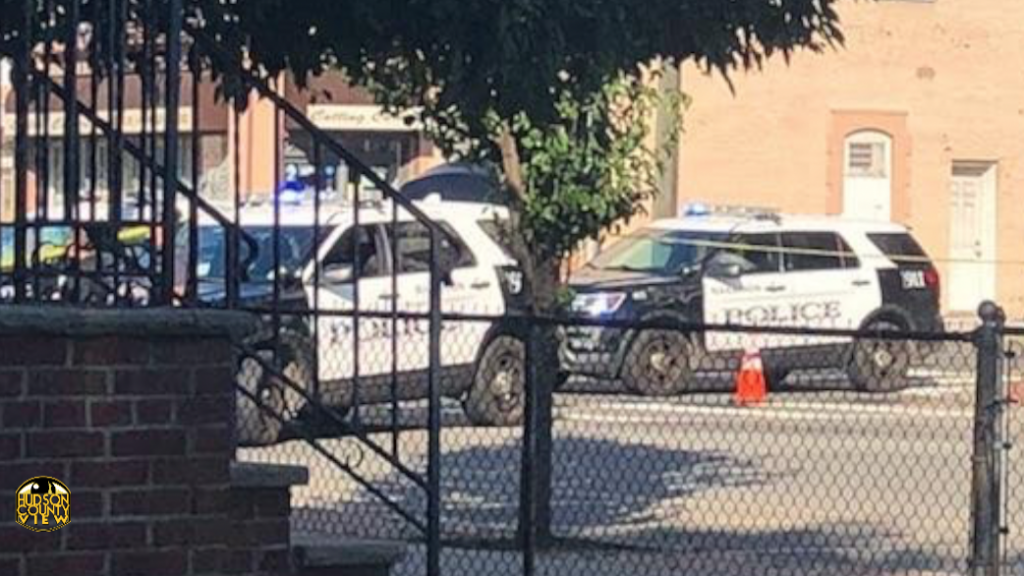 Yesterday at approximately 4:25 a.m., the Harrison Police Department received a report of a motor vehicle accident with a pedestrian struck in the area of Harrison Avenue and Frank Rodgers Boulevard, Suarez said in a statement.

Responding officers found the lifeless body of a man lying next to a GMC Yukon that had hit a pole and landed on the sidewalk in the area of 402 Harrison Ave, authorities said.

The man, later identified as Shadi Miles, age 31, of Newark, was found with an apparent
gunshot wound to his torso. He was pronounced dead at the scene at approximately 4:55 a.m., officials said.

The cause and manner of death are pending an investigation by the Regional Medical Examiner’s Office.
T

he preliminary investigation found that a second male had also been shot: Joseph Bossie, 19, of East Orange. Investigators believe that Miles and Bossie were traveling in the same GMC Yukon that crashed into to the pole, police said.

The investigation found that Bossie fled from the Yukon and subsequently, in the area of Warren Street, he forcibly robbed an individual of his bicycle and pistol whipped him, authorities said.

Bossie then managed to get himself to University Hospital in Newark where he received treatment for apparent gunshot wounds to his face and a lower extremity, officials said.

The Prosecutor’s Homicide Unit is actively investigating this case with assistance from the
Harrison Police Department.

Anyone with information is asked to contact the Hudson County Prosecutor’s Office at 201-915-1345 or to leave an anonymous tip at:
http://www.hudsoncountyprosecutorsofficenj.org/homicide-tip/.